In the past months, there’s been an uptick in interest for #DeFi beyond margin trading, popularized by Compound, Maker Vaults, and InstaDapp. To start 2020 with the same innovation speed, the Ethereum ecosystem is already looking to build new financial services for as many people as possible — and in DeFi, that implies unsecured loans.

Disclaimer: most of the feasible solutions in Under-collateralized DeFi are solutions for cryptonative users. The myth of “bank the unbanked as the first use case” will die off, as builders usually build products for their own (or a similar demographic). Plus, it is easy to comprehend that even in first world countries, there is a huge market for unsecured loans.

Two weeks ago, I sent out a tweet asking to chat with people wanting a loan without collateral. I received 30 DMs, then my friend Daniel helped me out & we sent out a form, receiving 30 replies. Including overlap, I guess we gathered wisdom on around 50 cryptonatives, all wanting to experience an unsecured loan outside of traditional finance. Here are some findings from my survey:

This was a neat way of gauging, and we hope to fund a few of those, although it would partly be based on web-of-trust rather than a cold genuine conviction about a candidate, because I have at least second-degree connections with some of the strongest candidates. The small sample size is also suspect of overfitting, as most cryptonatives probably do not have a valuable NFT to give out, for instance.

One big concern regarding this new unsecured loan market is that the TAM for unsecured loans within #DeFi seems small beyond speculation for now. All loans are implicitly fiat loans, the only ones in crypto are to do investing, which margin trading already allows for the most part. Will the fiat offboard be OK for borrowers, even if it implies they are charged a fee for both receiving and paying back the money? (only 15% were paid in crypto, so this is a too small market, although Sablier could help).

These uncertainties did not stop projects to launch, whether longtime in the making or newly arrived in the cryptosphere. Here are five that I’m interested in:

Union, a primitive built by seasoned DeFi founders including MetaMoneyMarket’s Jacob Shiach, aims to build a DAO-like credit union. Its goal is to have people pool DAI and lend it out to some configurable risk-profiles and collateralization ratio called “Credit Vehicles.” Sleeping DAI is lent on Compound, and UnionTokens are distributed to stakers to share potential dividends.

This approach is great, and I’m curious to see it go live. Once the code is pushed to Ethereum, most of the work would be to convince lenders that this beats Compound rates, which can be a daunting task.

Centrifuge is an interesting project: on a mission to connect the global (traditional) financial supply chain to crypto, they’re partnering with the likes of Maker to tokenize existing assets into NFTs, guaranteeing authenticity then dividing them into fungible “Collateral Value Tokens,” then redeemable for stablecoins on Maker or Compound. More on their website.

Released out of nowhere in the past week, this project aims to achieve Zero Collateral loans by gradually reducing the collateral amount proportionally to the borrower’s repaid interest rates. Put in simpler terms, every time you successfully repay a loan, the next loan will be more attractive. That way, running away with the money is never at a loss on the lenders’ side, since they got paid out via past interests regardless. And the defaulters will have to go back to the starting interest rates. This mechanism incentivizes repayments all the way until giving out fully undercollaterization. Bonus point to the team for thinking ahead and anticipating future Web 2 collaborations with credit scoring websites, such as Credit Karma, to further evaluate a borrower’s solvability.

To protect themselves from abusers, lending rates seem really high to start with, though. Let’s see if there’s demand. They’re currently on testnet here.

The NFT Bank & the #UndercollaterizedDeFi experiments

As a first experiment, a team was gathered from the #UndercollaterizedDeFi Discord & Telegram channels I created three weeks ago. Details TBA, but we want to build a case-by-case basis escrow system that locks up any NFTs. DAI is then sent. It’s the MVP, fast experimentation approach that accelerates learnings and collects feedback based on as much data as we can. We are having weekly calls, and if you’re keen to code up some smart contracts, feel free to DM!

The alternative: humans as collateral with social tokens

With the likes of Pepo and Roll, creators are more and more susceptible of making money without intermediaries. Social tokens are interesting: people in crypto such as Camila Russo, DeFi Dude, and myself released their own personal token! For instance, you can buy $CAMI to both (1) get some pre-planned service or time slot, like a Twitter shoutout or office hours, or (2) speculate on Camila Russo future success on different #DeFi platform. A Uniswap frontend is coming soon for Roll!

In conclusion, it’s safe to say that this industry is extremely early and risky. As stablecoins have barely crossed the chasm, this time seems perfect to try out all sorts of experiments. Who knows, perhaps some of the learnings today will be key competitive advantages in the next few years. 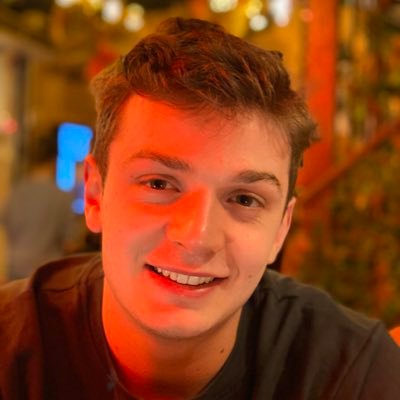 About the author
Alex Masmej
Alex Masmej is doing Operations & Community at MetaCartel Ventures, Membership Lead at Marketing DAO & Communications at Stake Capital. He is also the founder of the #UndercollaterizedDeFi community with 600+ members across Telegram & Discord.

The Defiprime Post #46: Your Weekly DeFi News in Bite-Sized Fashion