Ethereum is a very open platform, with many possibilities and media able to be expanded upon with Ethereum, specifically its blockchain. With those possibilities also comes the opportunity of NFTs, especially the ERC-721 standard, which adds in the opportunity to tokenize anything you can imagine, from pictures, to music, and to what we will be touching upon today, gaming.

Before we cover the NFT gaming niche, let’s talk about NFTs and blockchain itself. Whenever you tokenize something from the above and more, you get what we call a non-fungible token, or an NFT. NFTs are very tradable and are good representations of the media that is attached to it. With Ethereum as open as it is, most NFT projects run on the Ethereum blockchain, while others run on the Wax blockchains and more.

The most popular template for modern NFTs is the ERC-721 standard. ERC-721 is the exact opposite of ERC-20 tokens. While ERC-20 tokens are fungible and easily interchangeable and exchangeable with each other, what makes ERC-721 explicitly different is that they are scarce, rare, and unique, thus making them not exchangeable with any other ERC-721 tokens. A popular example that also represents this is that while ERC-20s can be thought of as digital currency, ERC-721s are collectibles, like baseball trading cards or Pokémon cards.

Because NFTs are unique in themselves and can be tokenized into almost anything, there are now many pieces of media as NFTs. NFTs have definitely become a hot topic, with the NFT craze in 2020 and 2021 popularizing and expanding the market for them, which is exactly why NFT gaming has become such a hot topic, since the audience for NFTs has exploded so much recently.

Gaming in itself is an extremely big market. Already in 2021, it has a valuation of close to $180 Billion dollars, and an estimated valuation of $196 Billion in 2021. Since both gaming and NFTs have a pretty big market, there is now a niche market for NFT gaming, games in which NFTs are integrated straight into the game, usually in the form of cosmetics or objects, and are able to be tokenized on the blockchain, which adds a really strong link between both of them.

Naturally, some projects have managed to hit the niche and are really successful. Here are some examples of those projects:

Axie Infinity is one of the main NFT games, and is a digital pet universe on the blockchain, and also aims to give more ownership and voice to its players, along with rewarding them for engagement. Axie Infinity was also the first game to begin the Play to Earn trend. Gods Unchained is a tactical card game, similar to Hearthstone, which gives players real ownership of their in-game items, allowing the player base to completely own and tokenize their digital items and giving them the freedom to trade, sell, and use their cards in any way they desire. Zed Run is a virtual race horsing game on the blockchain in which you can buy, breed, sell, and race thoroughbred horses to create your legacy, while generating real monetary return.

Battle Racers is a game packed full of action and racing in which you can design, build, and race tiny model cars on arcade-sized tracks. Players are able to mix and match parts and weapons to create and tokenize your dream race car on the blockchain, and then use its skills to best other players to the finish line and earn exclusive bonuses. NFT gaming certainly seems to be poised for success, with how big the gaming and NFT markets are, but recently the NFT craze has very clearly slowed down, so growth might be slow but plentiful.

NFT games may have the potential to become the standard for the gaming market if it sees enough attention and popularity. Already they have made major changes to games and made it much more fun for players. From there, it could be a very major change to the way people play games and could be as major as Doom was to the market or 3D was for environments.

Many more NFT games are to come, and some have already hit success, but NFTs are a blank canvas, a tech that can be used for many things, so maybe NFT games themselves might be changed in the future again. Only time will tell. 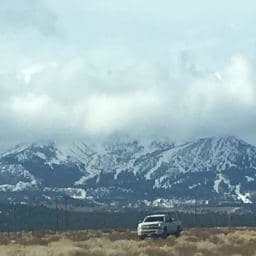 About the author
LimePierre
LimePierre is a LA-based author and crypto enthusiast, and takes interest in many DeFi projects and opportunities.

The Defiprime Post #39: Your Weekly DeFi News in Bite-Sized Fashion

The Defiprime Post #45: Your Weekly DeFi News in Bite-Sized Fashion

This week’s issue covers events between May 30th and June 6th, 2021

The idea is simple I will put $100 worth into various DeFi lending products, and going to track results over the year