Philipp Seifert from imToken team talks about building mobile wallet responsible for 10% of all Ethereum transactions, and what users look for at dApps and DeFi.

Hey, really appreciate the interview! My name is Philipp, and I’m currently heading imToken’s business development. I have a background in traditional finance and always had a strong interest in computers, which let me down the Bitcoin rabbit hole in around 2013 and later Ethereum. I’m based in China and joined the imToken team last year, after knowing them personally for a while.

At imToken we are building the most-used, non-custodial Ethereum mobile wallet with a similar number of monthly transactions than Metamask. The wallet is mostly known in China and Asia, and supports a peak active user base of 7M MAU. 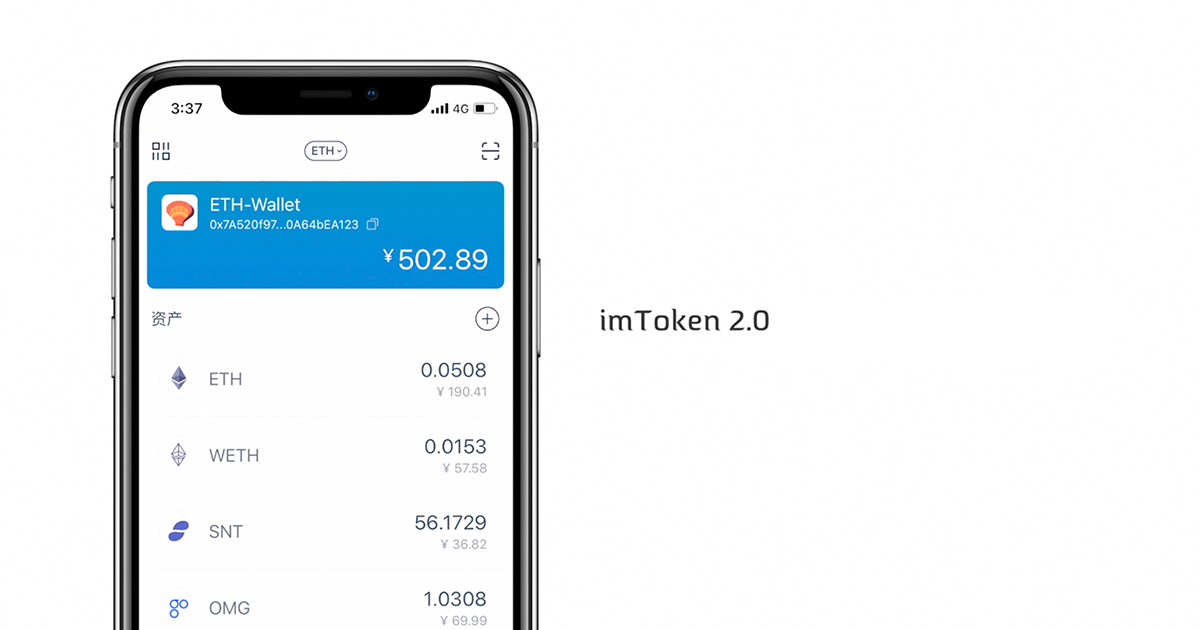 What is different from imToken to other mobile wallets? Of course, feel free to check out yourself! So far, our aim has been to build a secure wallet that’s intuitive to use and supports a broad set of features. What do we mean?

For one, we store zero user funds. This non-custodial style wallet is fundamentally more secure than for example, a Binance or Coinbase account. Using imToken, you always keep control of your own funds and don’t have to trust a third party to not get hacked.

These security features are unique to decentralized technology, and we want to make them accessible to anyone. As one feature for example, we let users use their old smartphone as a cheap hardware wallet. This air-gapped phone signs transactions offline, and forwards them via QR codes to your online phone. 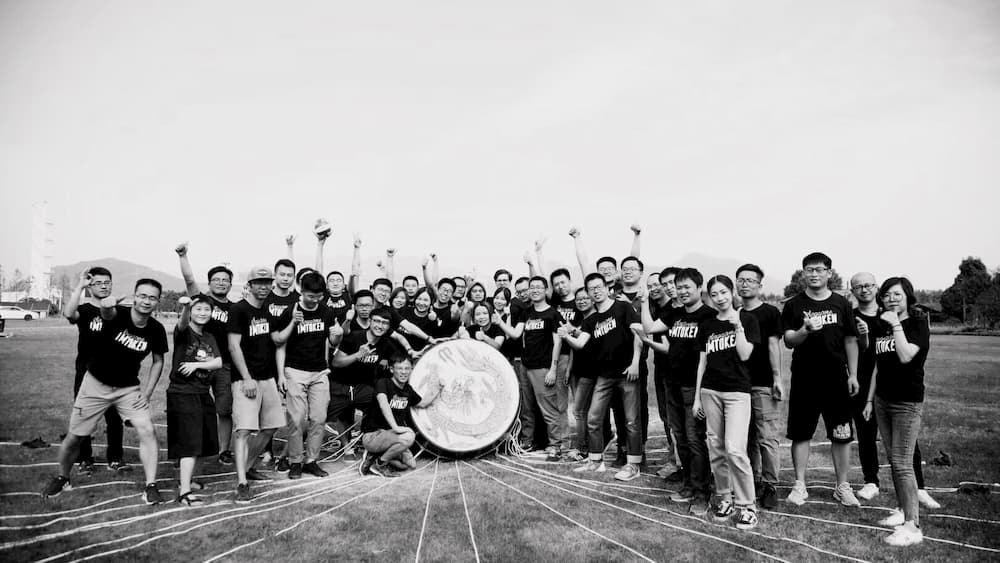 Third, our team of ~45 people is working hard to continuously bring new features. In 2019 alone, we already released three major milestone features: We released full support of the Cosmos blockchain, including staking. We released our Tokenlon DEX, which already ranks as number 1 0x Project relayer. And, our own hardware wallet: imKey.im. Besides that, we integrated DApps and more smaller features.

In mid-2016, a group of friends sat together and thought about how to support the young ecosystem that was Ethereum. At that time, Hangzhou already had a handful of blockchain enthusiasts including Ethfans – the Chinese Ethereum community – and Cryptape, who helped to build the first python ethereum client.

We started very early, even before the big ICO graze started. At that time, cryptocurrencies came into mainstream, and people were looking for an easy way to store and use their tokens. The first imToken app supported ETH and tokens based on Ethereum, which covered already 90% of what people were looking for. As China’s earliest Ethereum wallet, we then grew our user base pretty fast over the 2016 - 2017 bull markets, as ICOs were especially popular with users in China.

Last year we took a huge step with being financed by IDG Capital with a Series A of $10M and releasing imToken 2.0. Since then, imToken 2.0 started supporting Bitcoin, Cosmos, EOS and features like a real decentralized exchange, DApp browser, and Bluetooth hardware wallet support. 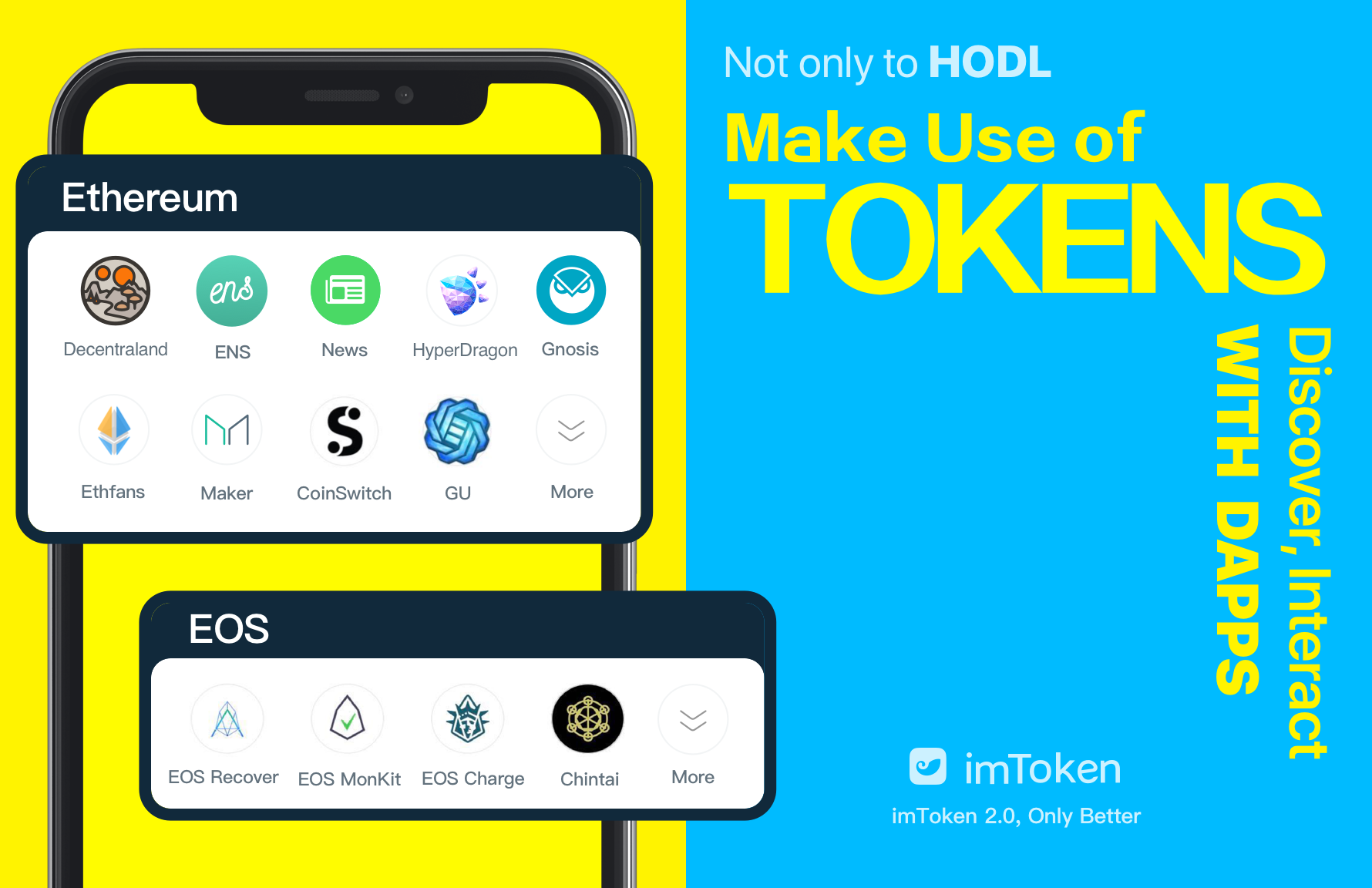 What went into building the imToken?

Let me give a brief timeline:

3 years – from early 2016 to today – is already a pretty long time in the Bitcoin/Ethereum space, let alone #DeFi, which itself is a hashtag from mid-2018.

When in 2016 cryptocurrencies just started being built on top of Ethereum, imToken started out as an Ethereum wallet. Through 2017, we focused a lot on supporting ICOs as well as security features. With solid financing in 2018, we then started building for a broader user base, with Bitcoin and other chain support, to become the biggest multi-chain wallet app.

Up until early 2018 - when we started hiring for international Marketing - our user base grew pretty much from word-of-mouth recommendations in China.

In October 2018, we then open-sourced our core code and got audited by Cure53 and Slowmist. Also, every DApp onboarded to the DApp browser now goes through an internal security and UX audit process.

In the span of 3 years, imToken has expanded to millions of users from more than 200 countries, becoming the most-used Ethereum wallet. Over the last year, imToken users were responsible for over 10% of all transactions on Ethereum.

In the future, we would like to onboard the masses to the blockchain ecosystem. It’s extremely hard to tell what applications will be adopted. It certainly involves DeFi, but also games and payments.

For Chinese startups is typical to follow the market as much as it is for Silicon Valley to follow missions and visions. You could say, we emphasize exploration and following new trends more than other wallets.

For Cosmos, for example, we were the first big software wallet that fully supports the chain, meaning we had to build a lot of developer tooling around the integration ourselves.

Speaking about the product-side, we are looking into a few interesting directions, and again with security and ease-of-use in mind.

First, we would like to offer different stages of end-user security, including more hardware wallet support - imKey and offline signing with your old phone is already supported, Ledger Nano X will follow. Second, easy trading - currently 60+ tokens on Kyber and Tokenlon DEX - adding more trading pairs. Also, offering more chains, such as the recently added Cosmos. And lastly, intuitive ways to use DApps, which is slowly getting easier with better DApp UX.

Our users - largely looking for financial use cases - are very interested in DeFi, mostly hodling, airdrops, and trading. You could argue whether trading or Airdrops count as DeFi. But if you ask me to define what our users are mostly looking for it’s one thing: taking financial risk on one side while profiting from a new kind of ownership on the other.

Let’s just take a look at our experience: When we offered imToken users 1USD each for opening a Maker CDP, over 10k users joined in. Out of which 732 actually opened CDPs, accounting for 85% of all CDPs created in that time frame. Since then, MakerDAO’s CDP rate has been continuously growing.

There is currently an interesting trend of more and more aggregation of data such as DEX aggregator, LOAN comparison in DeFi. Trends like these is what we want to follow.

If you have interesting DeFi DApps, are a market maker, want to join the team (we are hiring!) or simply want to share your feedback, please reach out to me and my colleagues at [email protected]

The Defiprime Post #18: Your Weekly DeFi News in Bite-Sized Fashion

Fortmatic co-founder, Sean Li talks about building an SDK that enables users across the globe to interact with dApps using just their phone number.

While the pace of NFT sales on the OpenSea platform shows signs of cooling off after record sales in August and an insider trading scandal in September, OpenSea is on track to record over $10 billion in sales for 2021

Fredrik told us the backstory of Dune Analytics and shared plans for lowering the bar for anyone who wants to explore aggregated on-chain data insights for Ethereum smart contracts.