My name is Nenad Palinkašević and I’m one of the founders of CDP Saver. I initially started off as a web developer but got drawn into the blockchain world as I found the idea of a decentralized internet currency fascinating and needed to know how it all worked. I quickly realised that the potential of the blockchain world is much greater than simply running crypto currencies and I got involved with smart contract development on Ethereum.

CDP Saver is the latest project that I’ve been working on with the rest of the Decenter team. It is an advanced management dashboard for MakerDAO CDPs, as well as Compound lending and borrowing portfolios, with direct interaction introduced between the mentioned protocols. We are building CDP Saver as a more complete, but also more accessible management solution for DeFi users. I initially came up with the idea for CDP Saver in December 2018, a few months after I opened my first CDP. It was during that time that Ether dropped below $100 and it happened while I was travelling around Thailand on a workation with the rest of Decenter. I then realized that there’s a great number of people out there who needed the same thing I did during those days - an app that will automatically perform graceful unwind and reduce the Dai debt of my CDP in order to increase the ratio and avoid liquidation and its huge 13% penalty.

After sharing the idea with the team and providing them with what we all now know was a comically unrealistic development duration estimate, we all agreed it was an excellent idea and just started working on it some time in January. It wasn’t until March that we released a testnet version publically and invited users to test it. This was also the first time we shared our idea with MakerDAO users, so we used it as a way to gauge community interest, too. The response basically confirmed that any CDP owner would love to have that kind of an app available, so we sped up things on our side and in less than a month launched on the mainnet. 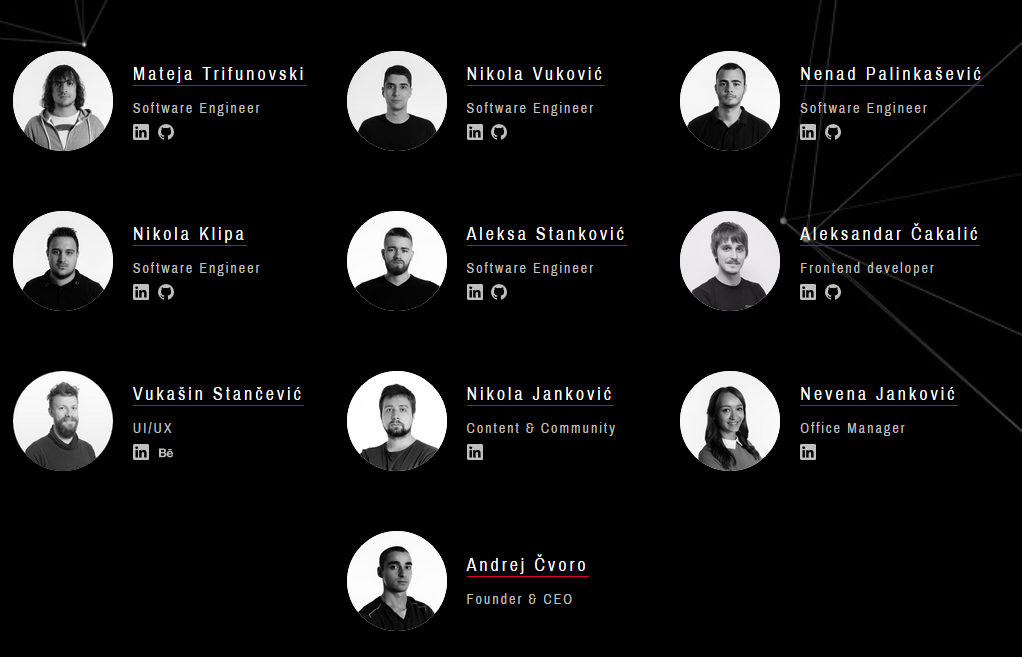 Everyone on the team has over 2 years of experience building on Ethereum, so we didn’t face any serious stumbling blocks in development, even though it was our first step into DeFi development. We tried securing some kind of grants in order to be able to devote more resources to CDP Saver, first with the Maker Foundation and later with MolochDAO, too, but both attempts ended up with the other side unresponsive, even though we received extremely positive feedback at first.

What went into building CDP Saver?

Including planning and testing, I guess we could say that we’ve been working on CDP Saver for about 6 months now. This is actually quite a bit longer than we expected, but at the same time we now have an even longer roadmap ahead of us. DeFi is evolving and growing so fast that we quickly realised that it doesn’t make sense to lock yourself within one protocol, so we started making plans much greater than we first imagined. Our initial idea to create a simple app that would protect CDPs from liquidation has grown into building an all-in-one DeFi management solution with direct interactions between various protocols.

As far as the tech used during development goes, we tried to stick to things that worked well for us in the past. The frontend is built with the React stack and the contracts are written in Solidity and verified on Etherscan. The main concern for us has always been the security aspect of the application, as we are handling users’ assets and in order for them to trust us to do that, security needs to be second to none.

When designing a safe system we feel it’s best not to reinvent the wheel, which is why we used as much of the already existing MakerDAO architecture as possible. At the core of CDP Saver is MakerDao’s DSProxy contract which acts as a proxy wallet for the user and actually owns the CDP. This is a battle tested and verified contract, so we have full confidence in its security. Our own custom contracts are all audited internally (not by the same people who wrote the actual code, obviously) and they are written in a defensive manner where the execution reverts as soon as something goes wrong.

Onboarding existing DeFi users to CDP Saver isn’t a problem, as they already understand the underlying protocols and we don’t require any migrations from their side as we don’t try to lock them in to our platform, so they can try the application whenever they want. And they can freely switch back and forth between using MakerDAO’s or Compound’s dashboards and CDP Saver whenever they feel like it.

On the other hand, onboarding users who are new to crypto is a completely different story, as it’s hard enough to get people started with Ethereum and interacting with the blockchain, and they you have the added complexity of the DeFi ecosystem on top of that. But our ultimate goal is to create an app that’s as self explanatory as possible and we are also working with companies like Fortmatic and Blocknative to create the whole process easier for new users.

We have to say that we had a great experience with everyone from the DeFi community so far. Developers from both MakerDAO and Compound were always helpful and quick to answer questions, but we have to give a special shout out to the Kyber Network team for great developer documentation and a responsive team - integrating with them was an absolute breeze. We’ve also received a ton of feedback from users so far, ranging from praise for great UI design to criticism for issues with slippage (now resolved!), as well as some great feature suggestions, and we always welcome all of it - just keep it coming.

Our initial plan was to only have a fee for whenever CDP Saver automatically prevents liquidation of a user’s CDP and we had a 1% fee built-in for each CDP Marketplace sale. However, with liquidation protection still in the works and the Marketplace very much inactive, we had to go back to the drawing board.

After collecting users’ feedback during the first month, we realized that nobody would mind if we introduced a small fee, as long as we solved the issues they were facing. Since the main issue was the potential horrible slippage in case of large Boost or Repay amounts, we introduced a slippage limit that reverts transactions in case the limit is exceeded and also implemented additional sources of liquidity, namely eth2dai and Uniswap, compared to only using Kyber Network previously. Simultaneously with those updates we introduced a 0.25% that was well accepted by our users. Probably because they were still getting noticeably better rates, no matter the fee :)

We consider all other 3rd party dashboards and similar solutions to be our competitors. What we noticed is that they usually try to wrap things up as much as possible for the end user and present their apps as the complete decentralized banking solutions, some even going as far as trying to lock in users with their own proxy contracts, where they then require migration in order to use any other dashboards. Compared to that, we decided to remain more transparent about the technology and underlying protocols, even if that potentially makes us less attractive for crypto newcomers.

Because of this, we would say that our main target audience are people who already use DeFi protocols such as MakerDAO and Compound, but we ultimately aim to create a product that’s intuitive enough for anyone who wants to start dealing with DeFi.

Regulations are something we haven’t gotten too deep into, if we’re being honest. Mostly because we currently don’t have plans to introduce new protocols or anything like that. This means we’re guarded in a way by the research and planning put in by the larger teams who are actually building the protocols. For example, from our communication with MakerDAO we learned that they’ve put in a lot of effort into figuring regulatory questions out.

Our goal for CDP Saver is just to grow in every way possible. We have a long roadmap for development of features, we’re constantly polishing already introduced options and we’re working on user base growth night and day. Introducing regular improvements and feature updates helps us keep the spotlight on us, so we’re trying to get more development hours in so we can keep the momentum going.

However, the competition isn’t sleeping on the job either and we’re all neck and neck in this race of who creates the most attractive all-in-one DeFi dashboard. We take it as an additional challenge and motivation to keep pushing forward.

So far we haven’t had any roadblocks on our path per se, but some features take a heck of a lot longer to implement than others (cough automated ratio management/liquidation protection cough), but that’s just the way it is. Everything needs to be robust, secure, tested and verified before we ship it out.

Decentralized finance in my mind seems like the logical progression of cryptocurrencies, which were created with a goal to decentralize authority and create a system where finance will be open and transparent. This is a way to not only bring a decentralized currency to the masses, but also to decentralize other more complicated financial aspects.

I come from a non-western country, where we have no access to the global stock market, where saving money returns little to no interest and where taking out a loan is very expensive. We also had the local currency crash into hyperinflation 25 years ago. So I’ve experienced first hand what it’s like to live in a place which is excluded from the rest of the global financial system, and I can see real world benefits from the DeFi protocols that are currently being built.

And I do believe this is just the beginning of the DeFi movement. For the first time in history we can actually design a financial system where we don’t trust a counterparty with our money but rather trust computer code. DeFi protocols are open and interchangeable and with CDP Saver, for example, with one transaction you are actually using 3-4 different protocols and interacting with over 20 different smart contracts.

This creates a playground for the developers and users where they can combine different protocols in interesting ways and that is what I think is the most powerful new ability that a decentralized, fair and open system brings us.

If you want to find out more about CDP Saver, we recommend following us on Twitter or joining our Discord server. Those are the channels that you can use to keep up with news and get in touch with the team whenever you need to, but you will also often find us in subreddits such as /r/MakerDAO and /r/ethtrader.

Of course, if you haven’t tried CDP Saver yet, we would definitely love if you did so today at: CDPSaver.com.

The Defiprime Post #1: Your Weekly DeFi News in Bite-Sized Fashion

The Defiprime Post #117: Your Weekly DeFi News in Bite-Sized Fashion

The Defiprime Post #70: Your Weekly DeFi News in Bite-Sized Fashion

Igor Barinov, the founder of POA Network, told us backstory of xDAI and shared his thoughts on blockchain interoperability, regulation, and the future of DeFi