My name’s Kain Warwick and I’m the founder of Synthetix. I’ve been into crypto since around 2012, so I’ve lived through several market cycles now. I was drawn to Bitcoin because of the promise of censorship resistance, decentralisation, and self-sovereignty. I’m also CEO of a payments platform, blueshyft, which is the largest cryptocurrency on-ramp in Australia, so I’ve seen the growth in adoption of crypto from a number of angles.

Synthetix is an on-chain synthetic asset platform running on Ethereum, which allows anyone to gain exposure to forex, cryptocurrencies, commodities, and soon stocks, indices and leveraged trading. We’ve got a trading platform, Synthetix.Exchange, where users can exchange synthetic assets. 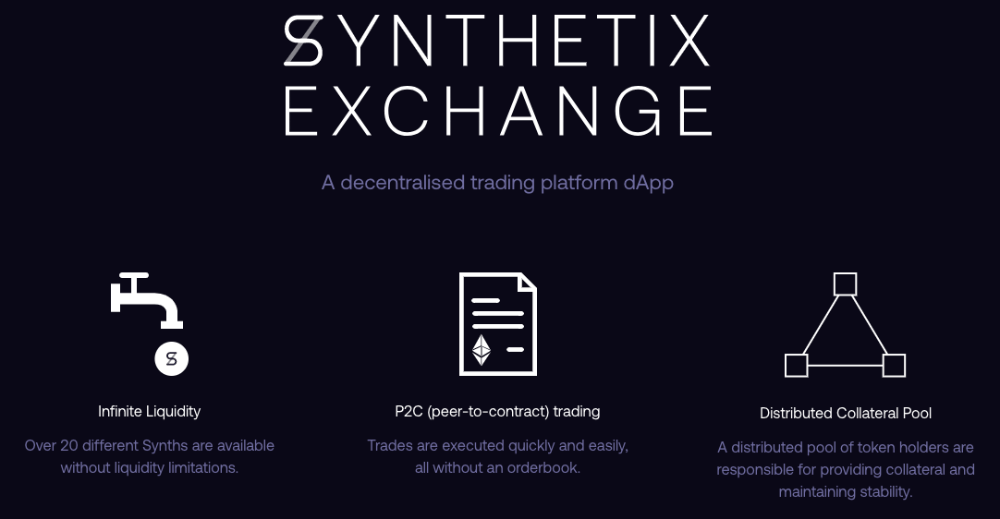 Initially Synthetix began as Havven, a decentralised stablecoin. I started the project in late 2016 at a time when people were just beginning to realise the need for a decentralised alternative to Tether. Our solution was using our own cryptoasset (SNX) as pooled collateral to back a USD stablecoin, with fees generated on transactions distributed to the token holders as reward for providing stability.

However, after we had shipped both our stablecoin in June, it became clear the landscape had shifted. Regulated fiat-backed stablecoins soon dominated the space, MakerDAO’s Dai gained traction, and plenty of users continued to use Tether’s USDT.

As we were launching our multicurrency stablecoin system, expanding into a range of forex currencies including the Euro and Australian Dollar, we realised we had an opportunity to create a wider variety of synthetic assets. We expanded the system to include cryptocurrencies (long and short) and commodities, and pivoted our branding to emphasise the trading platform.

One major benefit of Synthetix.Exchange is that it’s peer-to-contract (P2C) trading, so you’re converting between synthetic assets (Synths) against the Synthetix contract. This means there’s no orderbook and no counterparties.

What went into building Synthetix?

The team was extremely motivated to get a working product out as soon as possible, it was three months from our token sale until we delivered our sUSD stablecoin, in that time trialling an ETH-backed stablecoin (eUSD) to ensure the system worked as intended. We underwent several code audits for security vulnerabilities, and have consulted with Sigma Prime, iosiro and other independent auditors. We also worked closely with Cryptecon, a cryptoeconomics advisory based in Switzerland, for the initial system design. 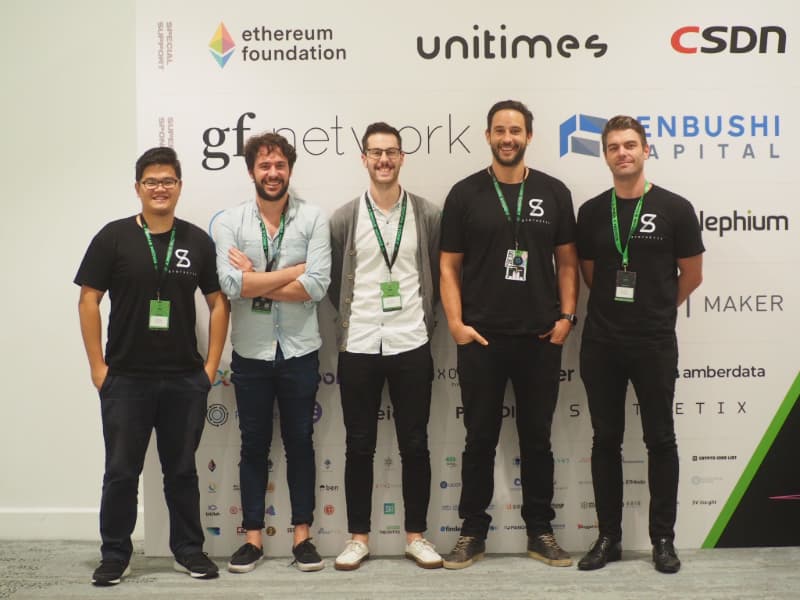 Launching during the start of the bear market was challenging for many teams, we were lucky to build a core group of educated holders who were committed to the project’s purpose and design, and since then our community has become a hub of discussion and ideas.

The market downturn provided us with time to build our dApps quickly and efficiently, without as much noise from users as there would have been otherwise. We’ve now got two primary dApps, Synthetix.Exchange and Mintr. Mintr is for SNX holders, it’s where they lock their SNX as collateral, mint or burn synthetic assets, and claim staking rewards. Synthetix.Exchange is where anyone can purchase and trade synthetic assets getting exposure to cryptocurrencies, commodities, and more on Ethereum.

Synthetix’s model is aimed to provide value for SNX holders. Whenever someone trades on Synthetix.Exchange, 0.30% of that trade goes into a fee pool that can be claimed proportionally by SNX holders for providing collateral to back the system. 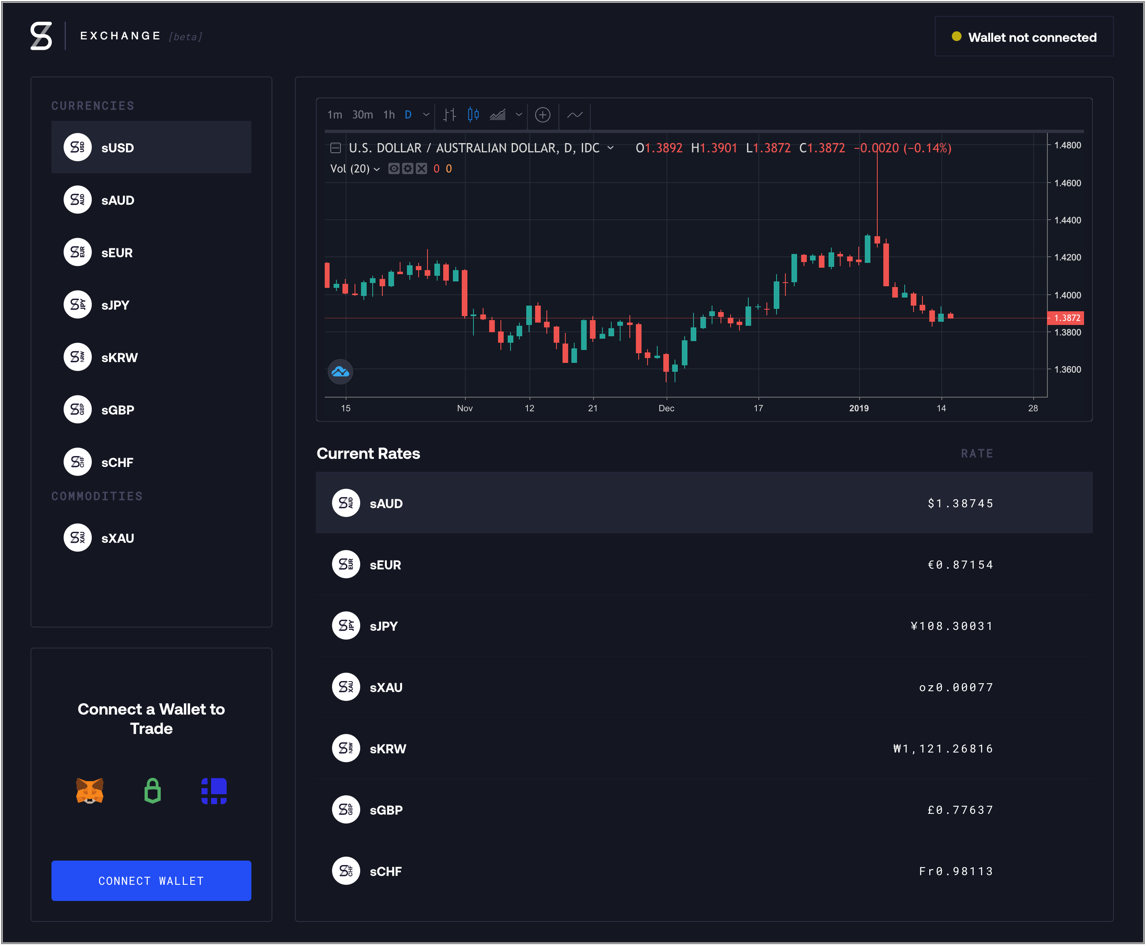 Given we expect trading to gain traction slowly, we also implemented an inflationary SNX supply to provide rewards for SNX holders to stake collateral. This means anyone who stakes their SNX will receive more SNX as incentive to participate in the system’s early phases, and since implementing it we have reached over 50% of holders staking. We only introduced this part of the system two months ago, so there are still a strong incentive to get involved early.

Due to the relative complexity around financial instruments — staking and collateral and trading — we’ve observed that SNX holders and contributors are and need to be somewhat well-educated on the cryptocurrency space. But we’re focused on continuing to simplify to lower barriers to entry, so we can build a diverse community.

Regulation is obviously an important consideration for any project, and we’ve worked closely with our legal advisors to ensure we adhere to all requirements. Having said that, Synthetix is looking to become as decentralised as possible to ensure it’s ready for any kind of future, because as we saw last year with the sudden flood of regulated fiat-backed stablecoins, there are new developments in this landscape and it pays to be prepared.

We’re currently putting our efforts into continuing to gain traction on Synthetix.Exchange. We’ve been thrilled with the traction it’s had recently, which as of the time of writing has seen over $5m in trading volume in the last 30 days, and there are still plenty of features to add, including more cryptocurrencies (long and short), stocks, indices, and leveraged trading.

We’ll also be constantly improving the UI/UX to ensure traders and SNX holders have the best experience possible. We’re also looking into decentralising our oracle through Chainlink at some point in the future.

We’re still in the early stages of the DeFi ecosystem, but it’s been exciting to see it gather so much momentum in the last year or so. Interoperability is obviously going to be key to its traction, and so that’s something Synthetix will be looking to contribute to as well. We are talking to a number of prominent teams to start integrating our protocol. We want to build a platform where anyone around the world can access financial products with just a smartphone or computer, it’ll be compelling to wait and see what sort of future this unlocks.

To learn more, there’s our website, blog, Twitter, or you can join our 2000-strong Discord community to discuss all things Synthetix.

Centrifuge - bridging the gap between traditional finance and web3

Philip on real-world assets tokenization, bridging the gap between traditional finance and web3, and the promise of DeFi

The Defiprime Post #33: Your Weekly DeFi News in Bite-Sized Fashion

The Defiprime Post #51: Your Weekly DeFi News in Bite-Sized Fashion