My name is Igor Matsak, co-founder of Atomex. We are working on Atomex as a part of our diverse team. Many of us and me as well were studying together at university, having cryptography and maths as our majors. Then some of us got vast experience in investments, and others were working in software engineering. Fortunately, about four years ago, we were united by the inspiration of blockchains, which were very fitting to our background. Crypto still needs another tone of cozy and reliable things to become adopted, so we are excited to bring our part.

Atomex is our hybrid DEX based on atomic swap technology and a multicurrency HD wallet. It allows storing funds locally and keeping them liquid at the same time. So, users can make an exchange of their funds to another cryptocurrency just like they do an ordinary blockchain transaction. And it is done in a trustless, decentralized manner, without sending crypto to any third party. 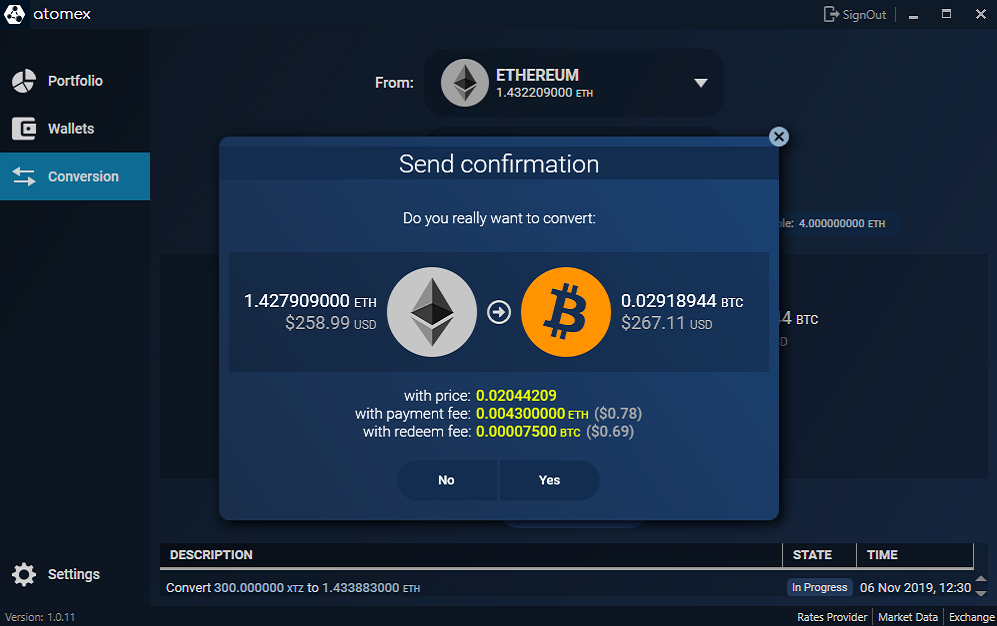 Our quite a big independent team has a wide range of interests. We are also quite known in the Tezos community as Baking Bad. In the last year, we released the baking-bad.org explorer for bakers and delegators in Tezos, the better-call.dev smart-contracts explorer and Python (Pytezos) and C# (Netezos) wraps for Tezos nodes. 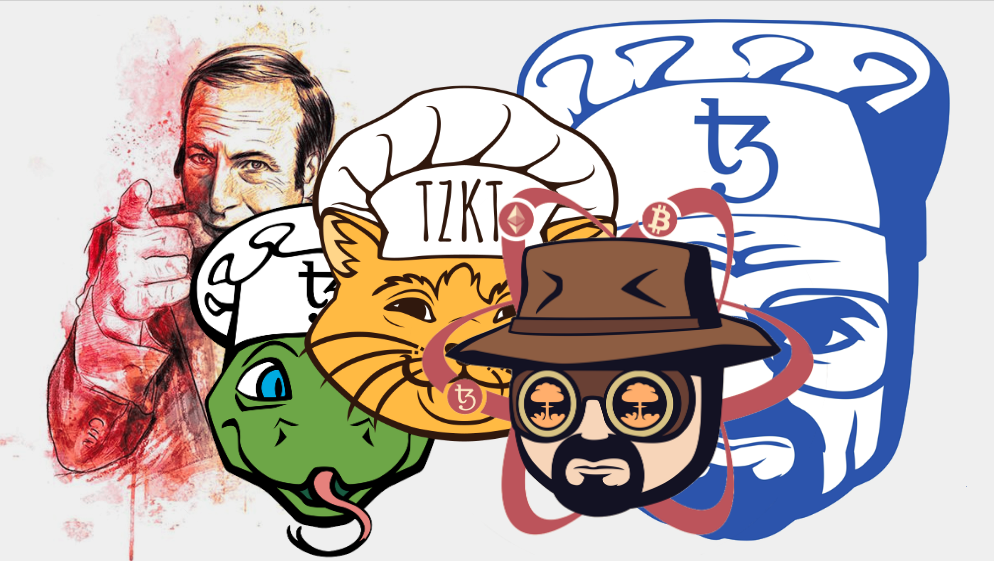 We loved atomic swaps because they expand the list of things people can do on-chain. I think the main point is similar to the whole cryptocurrency idea. So, it’s all about decentralization. Like Bitcoin is a way a payment system could be built in a decentralized manner, atomic swaps is a way of enabling decentralized crypto exchanges. Swaps use the same cryptographic principles to eliminate gaps between blockchains.

We started from scratch. The atomic swap seems to be quite simple and powerful, but there are still very few popular implementations. Why? As we turned out, it is pretty tricky to make a user-friendly app based on atomic swaps. Assuming market volatility, various chain specifics, exchange fees, etc., it is quite challenging to built exchange operating 24-hours.

That exiting process takes all our experience to cover all the parts from head to toe, starting from cryptography basics and ending with trading principles.

The main thing that’s inspiring us on the way is that Atomex can help cryptocurrencies to take another step further to stay a full-fledged and independent ecosystem that operates differently.

What went into building the Atomex?

It took about 1.5 years to make the first release on the mainnet. And now, we still have a more like an MVP with four currencies: Bitcoin, Ethereum, Litecoin, and Tezos, but it is fully working. So we’ve been watching from the inside how the industry is developing. Comparing blockchains, we noticed that the newest blockchains are changing faster. So Tezos is now the most changing environment we work with. Also, the DEX sector is developing quickly today, including all possible sorts of on-chain exchanges with varying degrees of trust and decentralization.

As for us, we decided to build a fully trustless service. Perhaps, there must be a place for liquidity to meet. Our solution was to make a hybrid model with two essential points:

When deal sides have met each other on the server, their apps operate with blockchains on their own to execute the trade. That model gives both the efficiency for bringing enough liquidity to the market and the trustless and independent on-chain exchanging process. As I have mentioned, the exchange is done through the atomic swap scheme. This technique is based on the locking transactions that are explained in this article.

Being trustless also requires the Atomex app to be open source. It helps to get more people involved in testing the app, ensuring that the code is reliable and has no security issues. On our way, we tried to use as much existing open-source code as possible but also reworked some RPC libraries and nodes wrappings, and eliminated some bugs in existing cryptography libs. The exciting thing is that in the first month after mainnet release, we’ve already got in touch with several great projects, including DeFi projects such as DEX.ag and bZx Protocol. So we feel an increasing potential in that field.

One of the most thought-provoking parts on the way is that decentralized apps commonly offer a bit unusual user experience. It’s also Atomex business. As the client app does all the blockchain work, it requires to keep the app online throughout the process. That’s a hard one for the UI.

Another thing is that Atomex doesn’t serve a high speculative fast trading style, as every exchange operation takes at least 5 minutes to be mined in both blockchains. However, it is faster than typical workflow for users who don’t keep their funds on centralized exchanges, if you take into account deposit and withdrawal times.

Atomex has no additional fees, so users pay only miner’s commissions for transactions. Now we charge market-makers that provide the Atomex exchange with liquidity and can make profits from market-making strategies. For now, we have a small group of market-makers, who are very dedicated to service’s success. But we are going straight to make limit orders and market-making option available on every client app.

We consider our target auditory to be crypto enthusiasts, those who believe in ideas behind the blockchain technology and who is paranoid in a good sense. So our priority for today is to offer the most useful and competitive service as possible.

Eventually, regulatory limitations could play a vital role in a significant shift to decentralized blockchain tools. Due to that, we are considering Atomex architecture to be easy to scale for widespread market use.

Today are a lot of other projects in our scope, maybe the AtomicDEX from Komodo is the most recognizable of them. Atomex is supposed to be a quality implementation of the helpful atomic swaps technology which distinguishing feature is usability. We are not concerned about similar competitors. Actually, we are tuned to possible cooperation with other DeFi’s as possible. I think it’s the best strategy to compete with centralized entities in the industry.

Regulation cuts some blockchain technology value today. We believe DEXs could help blockchains to keep moving in the technologies-vs-regulation tag play. In that sense, centralized exchanges seem to be a kind of temporary solution.

As Atomex has decentralized execution architecture, it doesn’t require any KYC for users. And making limit orders available for every client would eliminate regulatory issues in the future.

Atomex’s great goal is definitely to become a useful tool for the future decentralized economy.

To achieve this, Atomex roadmap now includes these significant roadblocks:

In the next few years, we are likely to witness the emergence of numerous digitized assets. There will be fiat currencies, real estate, precious metals, and other asset classes. With current tech, we will be able to do things like trustless deals, collateralized loans, margin trading, derivatives, structured products, autonomous organizations, and more, and all this on-chain.

Nick Sawinyh
Twitter
Nick Sawinyh is an LA-based crypto entrepreneur. After having spent over four years in the blockchain industry, Nick founded DeFiprime in 2019, with the idea to provide information about emerging DeFi ecosystem. He owns modest amounts of various cryptocurrencies. 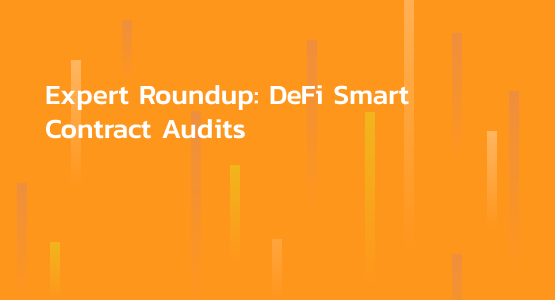 When it comes to “being your own bank,” having the ability to evaluate the security of the tools at your disposal becomes a necessity. 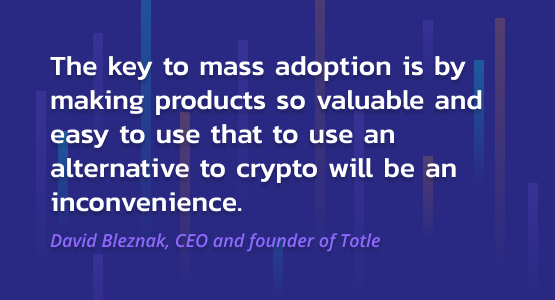 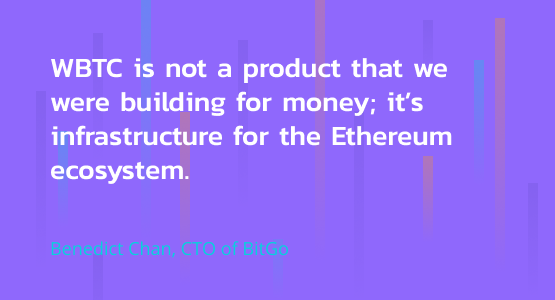 Benedict Chan, CTO of BitGo talks about origins of WBTC, delivering trust in digital assets and exploring the depth of the programmable ecosystem.