John Wong from the Switcheo team shared the backstory of multichain DEX and talked about perspectives of DeFi.

Hi, my name is John, and I’m the VP of Engineering at Switcheo. Before joining Switcheo, I was working on inventory management systems. My work then was not directly related to cryptocurrencies, but the hype around ICOs in 2017 prompted me to take a closer look at blockchain technology.

I was curious to find out which promises of the technology were real and which were not. This curiosity resulted in me joining Switcheo, a decentralized exchange (DEX) offering cross-chain trading between Ethereum, NEO, and EOS tokens.

What has been important to me at Switcheo is our commitment to being decentralized, because the tricky aspect about DEXs is that each has varying degrees of decentralization. For example, some DEXs use proxy tokens and rely on a centralized or semi-centralized gateway, or DEXs which do not have open-source smart contracts.

At Switcheo, our commitment is for our users to have full control over their tokens, so there is no reliance on any centralized entity, and there is no option for Switcheo to prevent anyone from accessing their tokens. Our contracts are all open source, and the contract transactions can be transparently seen using Ethereum, NEO and EOS explorers.

The second aspect that has been important to me is building a DEX that is easier and more convenient to use than a centralized exchange. Since users interact directly with our smart contracts, there is no need for users to sign up at our exchange. They can trade directly by using their hardware ledgers, Metamask accounts, or through our integrations with O3, imToken, Coinbase and Trust Wallets. 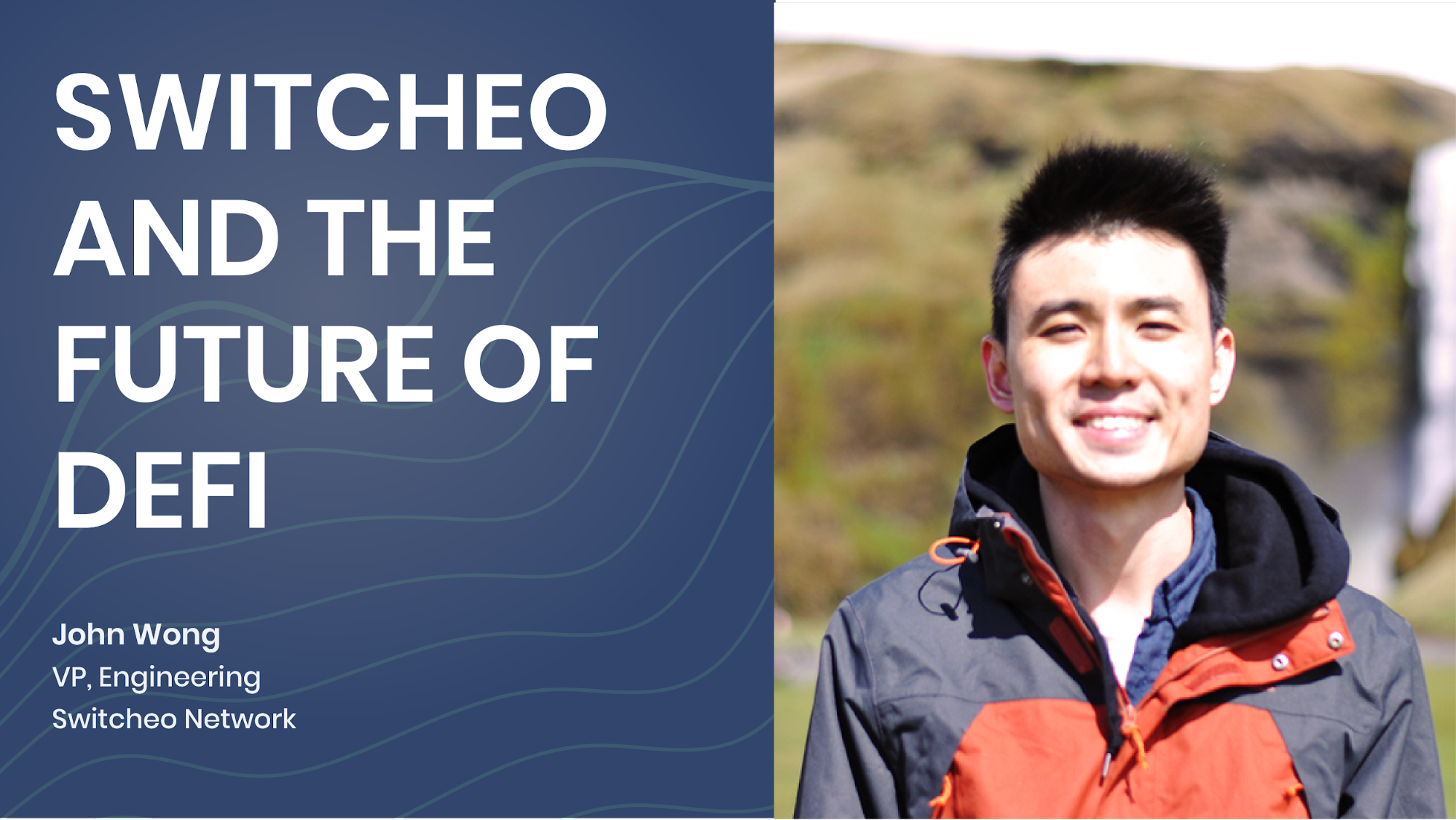 A group of friends started Switcheo - we got to know each other through our computing degree at the National University of Singapore - who had previously built multiple products separately, such as payroll and network systems. We had a shared interest in blockchain technology and wanted to work together to create something amazing with it. We ended up focusing on building a DEX because we felt that it was an essential part of the blockchain ecosystem.

The majority of cryptocurrency trading still takes place through centralized systems, which we know from past experience are susceptible to hacks and censorship issues. While we feel that there is a place for centralized exchanges, the difference in trading volume between CEXs and DEXs is too significant, in our opinion. It is an issue to us because these cryptocurrencies are supposed to be decentralized, but in the current state, a large portion ends up controllable by centralized entities.

Our work on Switcheo Exchange first started in November 2017, and the launch of the first version of our exchange was live in April 2018, a month after we completed our ICO. The exchange back then only supported tokens on the NEO blockchain and was built with just three engineers. Since then, we’ve expanded our platform to allow trading of Ethereum and EOS tokens, and our team has grown to a total of 20 people.

Compared to other DEXs that generally works with a single blockchain, we are continually working on expanding the number of blockchains we support because we feel a multi-blockchain approach is an important aspect in competing with centralized exchanges. The convenience of a DEX would be nullified if users still had to go to a CEX to complete trades across different blockchains.

What went into building Switcheo?

In the first version of our exchange, trades were not instantly confirmed, and the user experience was not great. Additionally, only NEO tokens were supported, so the tokens we could allow users to trade was limited. After our first launch, we spent a few months refining our NEO smart contract and developing an off-chain matching engine so that trades could be instantly confirmed, giving the same convenient experience as a centralized exchange.

At the same time, we had designers and engineers working on improving the user experience, and our interface has come a long way since those earlier days.

early version of our exchange interface

Following those refinements, we launched our first Ethereum smart contract, then EOS trading in partnership with Obolus, and enabled cross-chain trading through Atomic Swaps. We’ve also worked on increasing the exchange’s liquidity by simulating order books from Uniswap and KyberSwap.

Through these developments, transparency and security has remained our core principles, where we’ve completed audits with ChainSecurity, EOS42 and lucash-dev. We’ve also set up a bug bounty on HackerOne to reward hackers who can find any security issues in the exchange.

Trades on our exchange have a 0.2% fee - only on taker trades and is reduced to 0.15% when using SWTH tokens to pay for the fee on NEO trades. SWTH is our NEP-5 utility token on the NEO blockchain, and it’s currently utilizing a burn model, where all fees paid with SWTH is burnt. Our current target markets are users who actively trade Ethereum, NEO, and EOS tokens, and we’re looking to expand this to BTC in the near future.

We’ve seen numerous exchanges changing to conform with regulations, and I think that is a prudent move. Remaining compliant with regulations is vital for the stability of exchanges. For that reason, we frequently consult with the legal team to ensure that our exchange complies with any new laws and developments.

It’s been about two years since I started asking the question of what were the real promises of blockchain technology. During the two years, I’ve found that the promises of scalability are real, interconnecting blockchains, open financial systems, collateralized and simulated real-world assets are all possible, and have already been implemented by various projects.

I believe that our work at Switcheo has been remarkable, but it is still only the beginning, and our long term goals are to continue to bring more of these promises of blockchain technology into reality.

I think that the DeFi market is still in its early stages, and there is room for more transparency. Projects such as the DeFi score by ConsenSys are a step in the right direction, and I believe that more projects will follow.

Having said that, it’s encouraging to see the benefits and adoption of DeFi. DeFi brings a new dimension to the cryptocurrency space and provides greater value for users to be engaged with the ecosystem. As the market matures, I believe that we can expect to see more innovative products, so this will be an exciting space to keep an eye on.

Our exchange can be accessed at switcheo.exchange. We also have a website with more information about our team and business.

If you’re interested, do follow us on a platform that you’re comfortable with for our latest updates:

Ethereum ecosystem is already looking to build new financial services for as many people as possible — and in DeFi, that implies unsecured loans

Interview with Loi Luu, CEO and co-founder of Kyber Network

Loi Luu talks about long term objectives, and how Kyber Network is going to become the transaction layer for the decentralized economy.

The Defiprime Post #44: Your Weekly DeFi News in Bite-Sized Fashion

The Defiprime Post #92: Your Weekly DeFi News in Bite-Sized Fashion

This week’s issue covers events between May 1st and May 8th, 2022