Max told us about what it looks like being a managing partner with $2M AUM and what’s the goals SODA see in the future.

My name is Max Tarasenko, and I’m a co-founder & CEO of SODA. I’m an Oxford Blockchain Strategy Programme alumni and managing partner & chief investment officer at GT Blockchain Investments, a crypto assets-focused investment fund with $2,000,000 assets under management. I have previously been involved in the crypto-lending venture as the founder of Nimfamoney in 2017–2018. The idea was to provide users with leverage in NIMFA tokens. Nimfamoney’s native token NIMFA has reached the price of $20.2 (x101 growth from the pre-sale price). Unfortunately, core developers have dumped on NIMFA tokens and left (we had no vesting), so it was my failure as a founder.

Now I’m all-in with SODA. In the future SODA will become a DAO for lending and borrowing crypto assets. Today users can borrow DAI on SODA with Bitcoin (BTC) as a collateral. SODA is created using the CeFi (centralized finance) approach with a vision to become a fully autonomous DeFi (decentralized finance) organization later.

Our mantra in SODA is you should never sell your Bitcoins. The problem we see is that people want (but can’t) hold Bitcoins forever. They need money to pay for rent, leisure, etc. When selling, they lose a scarce digital asset. The solution that SODA offers is that users can now provide Bitcoins as a collateral to borrow crypto. They can enjoy BTC’s price upside and save Bitcoins. There is no KYC or credit score check on SODA since we believe in the open global access of our lending and borrowing services. 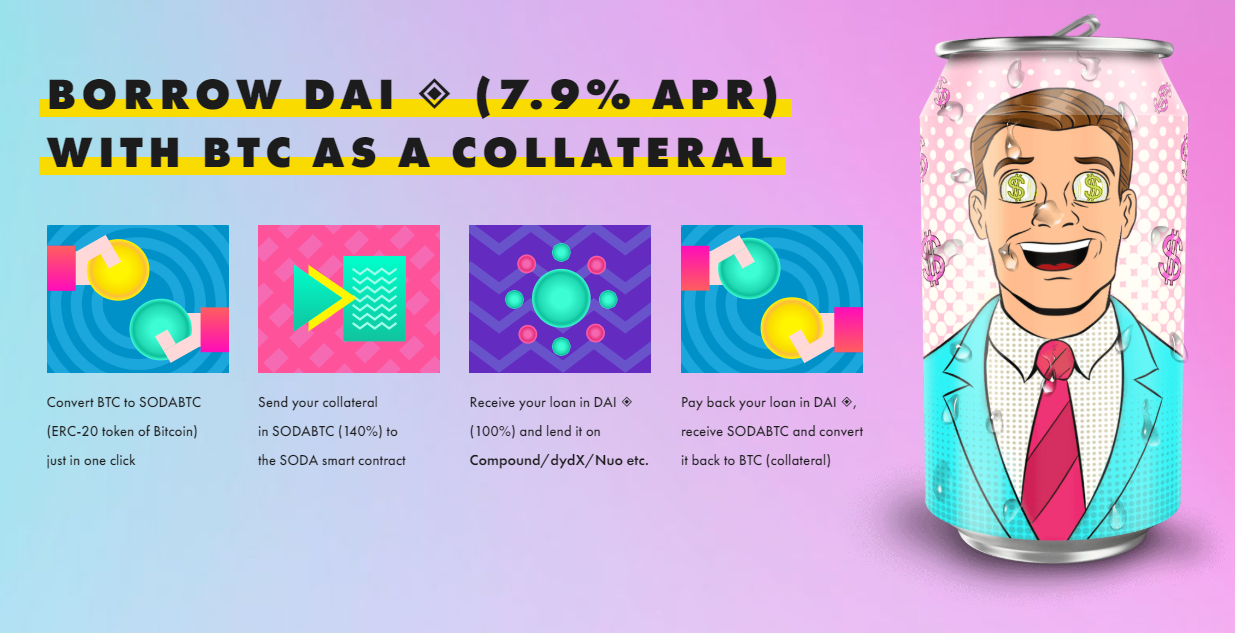 It is an unforgettable experience to be all-in in crypto and have skin in the game. I am 24, and for the last two years, I was managing GT Blockchain Investments fund with $2M under our management. As a managing partner of the fund, I have a responsibility for making daily decisions: which assets should we sell and which new crypto assets should we allocate in our fund. 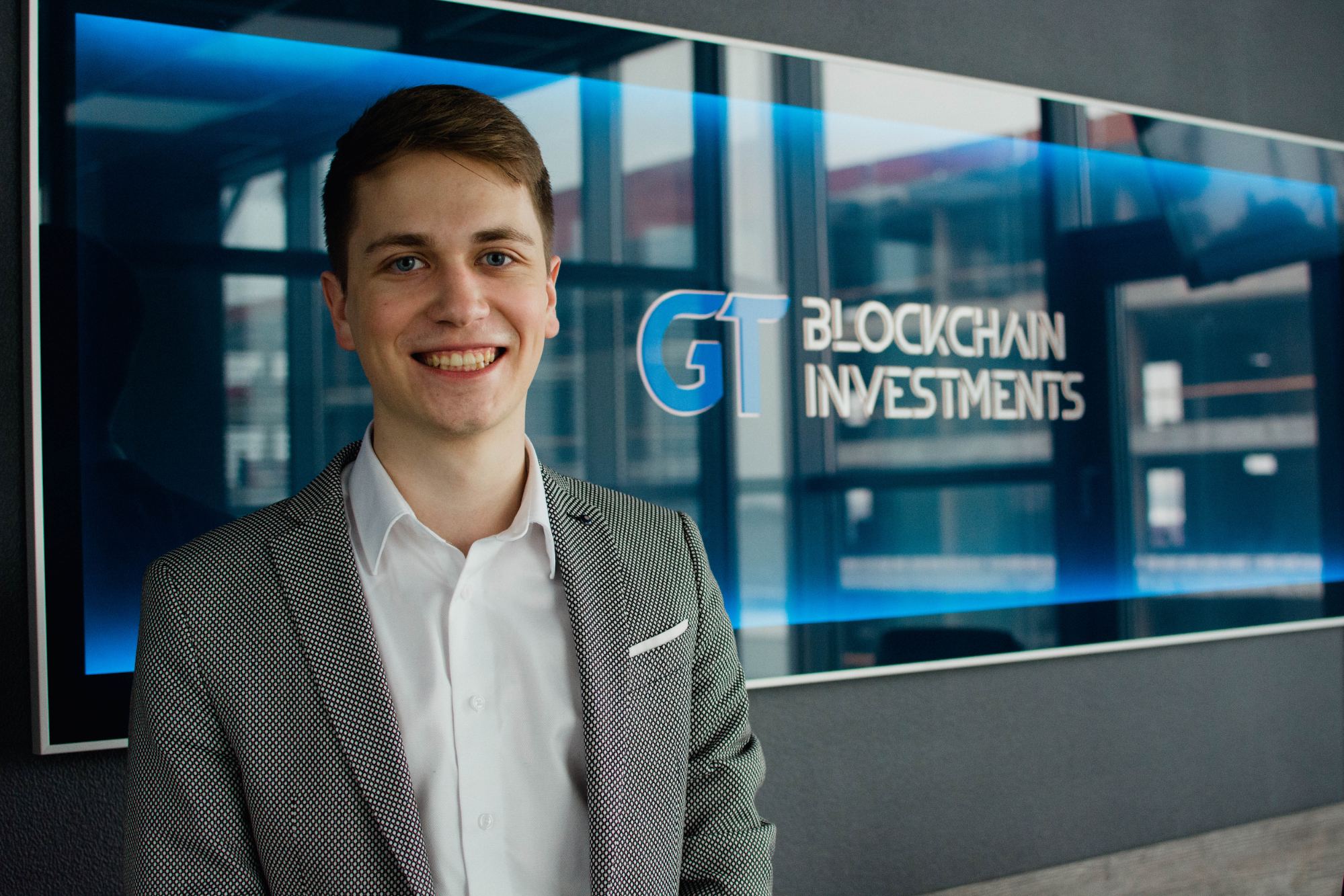 The thing is that I am not a God. I made sure that it is the devil’s game to try selling on highs and buying on lows. Shortly speaking: you never know. And no one knows. I left millions of dollars on the market while “holding a true gem.” I’ve been selling assets on their lows. That’s a tough game. One day I had an insight: “What does a person like me feel when they sell their Bitcoin at $3000, and now its price is $10000? Maybe I can create something valuable for the industry that will (at least theoretically) let users hold their Bitcoins forever?” This’s how I came up with an idea of SODA during my flight from Seoul and immediately started to conceptualize the prototype on paper. 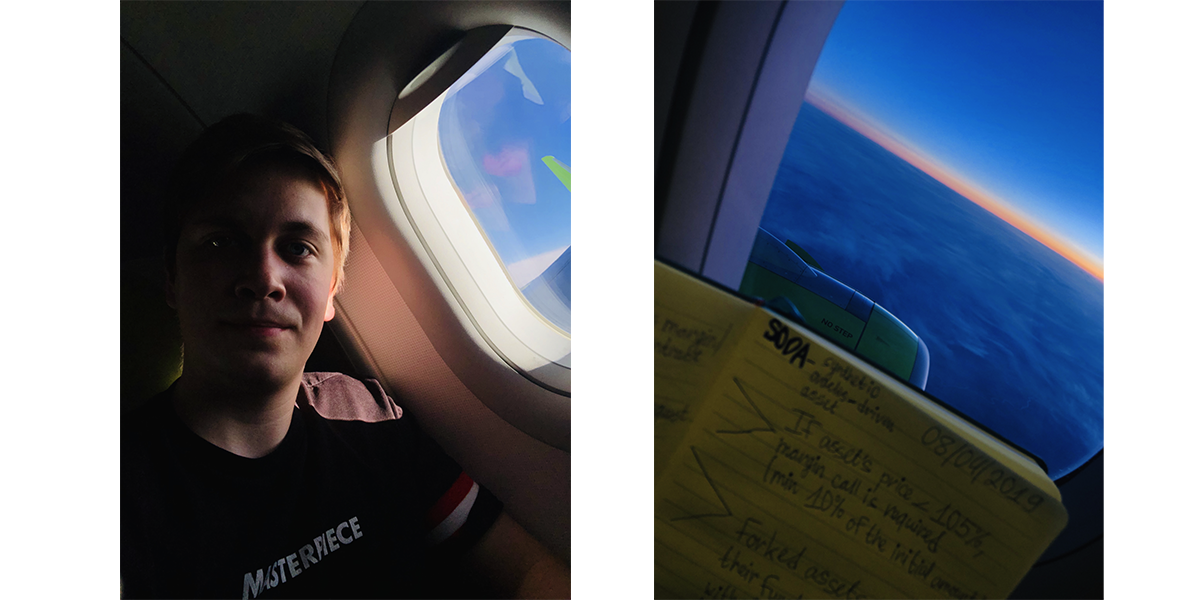 We have launched SODA on August 13th, 2019 and offered users to borrow DAI while providing Bitcoins as a collateral. We have started issuing the loans and now continuing to look for our product-market fit. At this stage, SODA is a self-funded organisation. I pay all the expenses (development, salaries, vendors, marketing, and operational costs) from my own money.

I’ve described my own experience in the crypto space above. Dan Gavrilin, my co-founder & chief technology officer of SODA, is a full-stack developer (Solidity, React.js, Node.js, C#) with solid 8+ years of development experience. He previously worked on the implementation of ERP systems in medium-sized businesses. Dan is also a member of Libretto Labs, the creators of the Libretto programming language. Pavel Tarasenko, our third co-founder & chief design officer of SODA, is a UI/UX designer with 6+ years of web development and design experience. 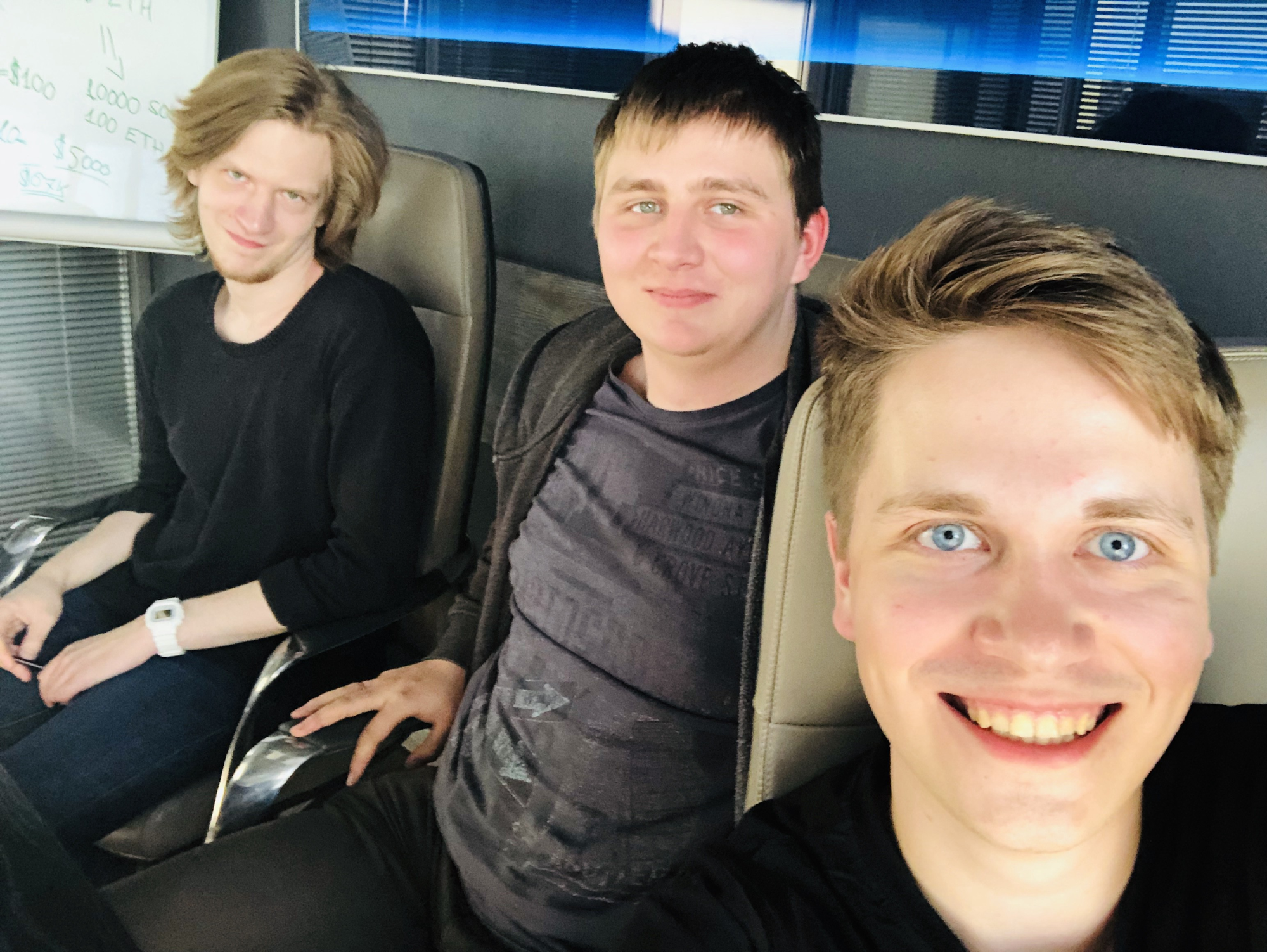 What went into building the SODA?

We have started BUDLing SODA on May 20th, 2019. It took us about three months to move from a fresh idea on the paper to the product that is working on mainnet. The market has entered the new cycle starting in April 2019. New protocols such as Compound, dYdX, Fulcrum, and others have released their stuff. We believe that it is the best time to work on building great products while not so many people are actively interested in crypto. Usually, the hype is not about building, but about creating wealth and making risky and life-changing decisions. We hope that SODA will help our users to make such wise decisions and save their Bitcoins while enjoying its price upside.

Lending on SODA is non-custodial. Borrowing – collaterals custody – works on the Bitcoin multi-sig wallets that are generated for each borrower while linking them to the borrower’s Ethereum-address in the MetaMask account. We have built a smart contract that automatically mints SODABTC (1:1) after the borrower sends their Bitcoins to the unique Bitcoin-address that is linked to their Ethereum-address in MetaMask. Our smart contracts are already open-sourced. The codebase can be found on our GitHub. At this stage, we are using multi-sig wallets. However, we will move to the cold storage custody with time.

Before the real interoperability is possible between the blockchains, we are connecting them on a level of smart contracts and wallets interactions, not on a code level. SODABTC has nothing to do with WBTC (Wrapped Bitcoin by BitGo). But it is similar in the case that every BTC deposited as a collateral leads to minting SODABTC (1:1). SODA is a new platform. So we have to build trust and offer something radically good to reinforce our vision. 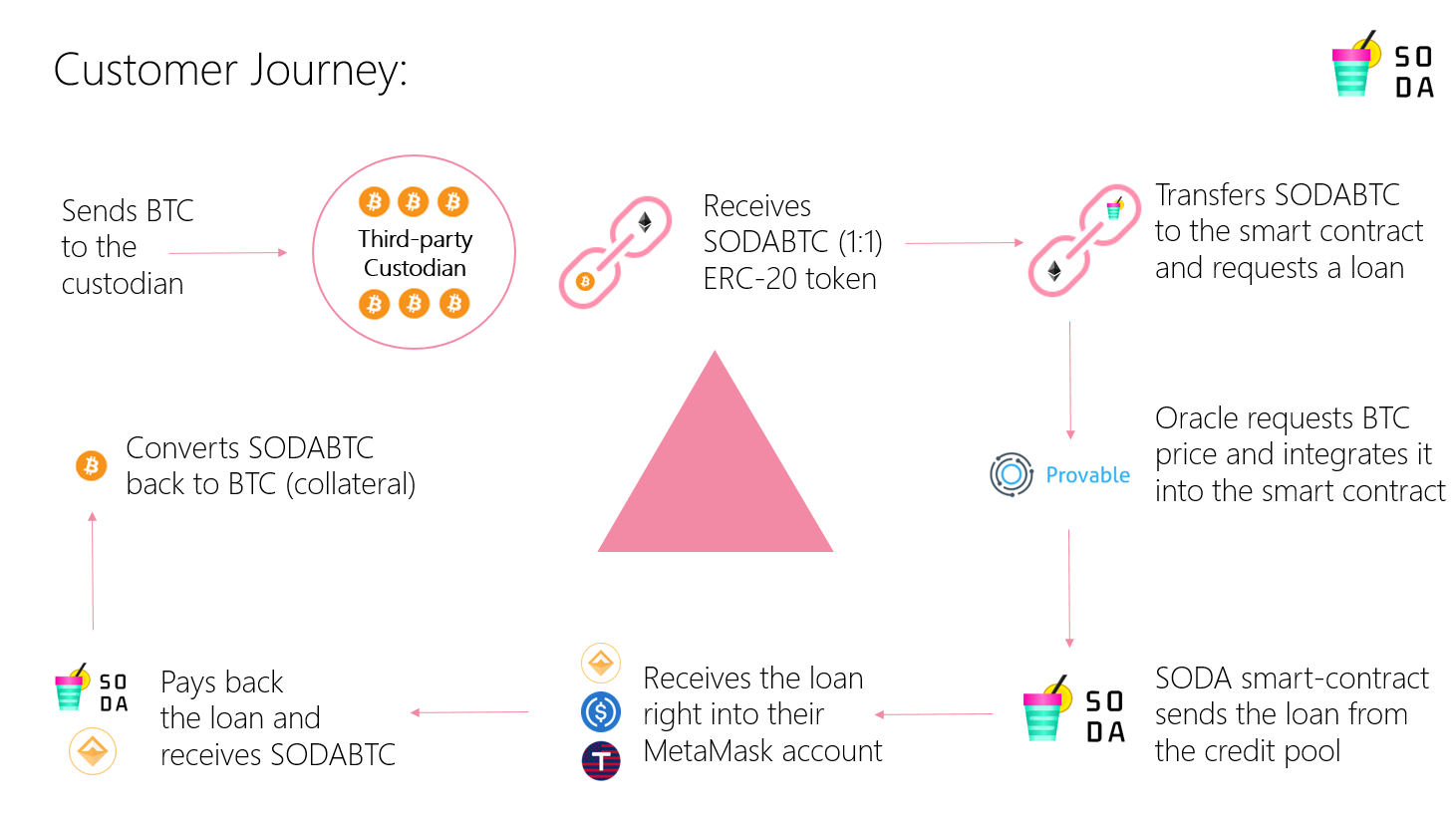 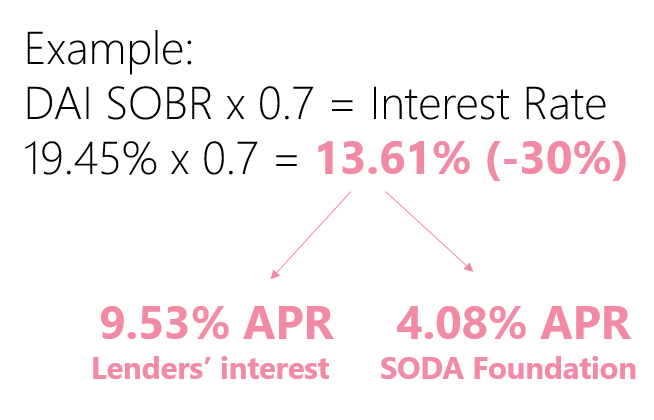 It took more than ten years for Bitcoin to be taken seriously by the governments. They have understood that it will be tough to stop that movement or to ban an open-source technology. The same path can be expected for DeFi. In the current state, it is no more than a “toy” for a couple of thousand of innovators and early adopters. But when the technological stack and security of the products are mature enough, we can expect regulators to consider DeFi as something significant for the future of global finance. In my estimations, it could take from 5 to 7 years.

At SODA, we believe that the goal of today’s DeFi is not about connecting 1 billion users who will start lending and borrowing crypto assets, but to expand in different directions and work on growing the total addressable market value. What we are doing is helping the early adopters of DeFi to borrow cryptoassets with Bitcoins as a collateral. We believe that enabling Bitcoin as a mean of a collateral will add billions of dollars to the total addressable market of DeFi. The road ahead is long and hard. But together we will #DeFine the future.

The Defiprime Post #92: Your Weekly DeFi News in Bite-Sized Fashion

This week’s issue covers events between May 1st and May 8th, 2022

The Defiprime Post #99: Your Weekly DeFi News in Bite-Sized Fashion