James told us how mStable started, why they choose guarded launch for mUSD, and where is mStable’s protocol business model.

My name is James Simpson. I’m the co-founder of mStable.

mStable is autonomous and non-custodial stablecoin infrastructure designed to provide decentralized finance platforms and protocols with a base-layer collateral protocol on which DeFi applications can be built. mStable is a meta-asset platform that aims to create assets stronger than the sum of their parts.

The core of mStable is this idea of a liquidity pool. Within a smart contract we can make an AMM exchange. Users deposit stablecoins, and we have a mechanism that allows for the trading of those underlying stablecoins. That as the core can actually form the core of a piece of financial infrastructure for the internet. From that liquidity pool, whoever deposits accepted USD stablecoins into it gets an equal number of mUSD back. So the shares that represent your ownership of the pool are actually stablecoins in their own right. We’re able to leverage and create a stablecoin from the liquidity pool, but also make the capital in that pool really efficient by lending it on third-party platforms like Compound and Aave, and that generates interest. You’re also able to swap between the underlying stablecoins, which generates fees. So from this liquidity pool and AMM you’re able to have an exchange, a stablecoin and a high yielding savings account on top of it. 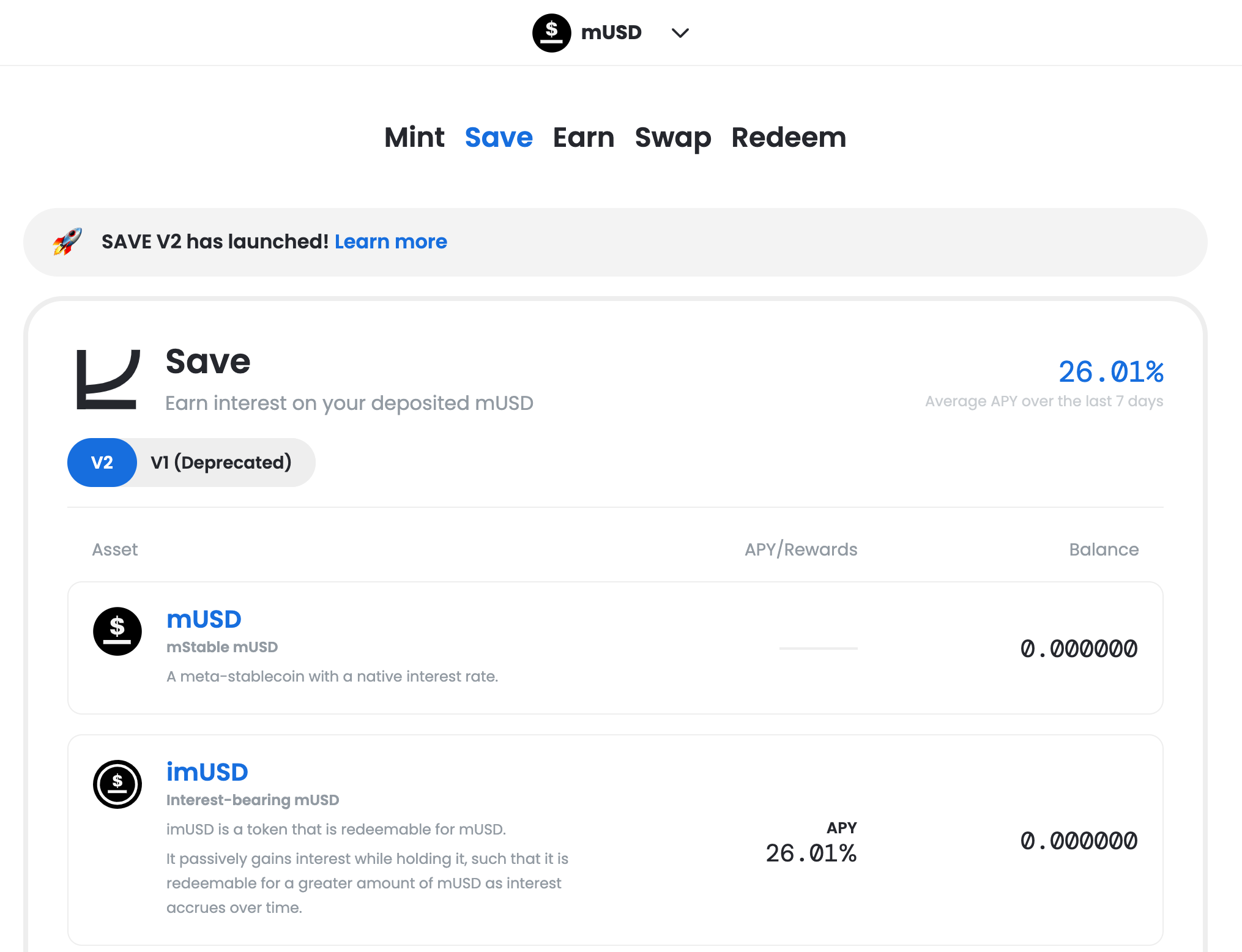 I was working in a data analytics role for KPMG while living in China, and in 2015 I happened to meet some people in Shanghai who were in the crypto space. Later, when working for Apollo Capital back in Australia, the CIO and I got talking about DeFi, dealing with lending platforms, and so on. We came to the realisation that we could unite lending, swapping and stablecoins into one standard. In doing so, we determined that we could solve a lot of the friction points DeFi users run into, and so we founded mStable to attempt to resolve those issues.

mStable raised some initial funding from friends and family, and began development in 2019 with the MVP being completed. We kept our heads down and kept building, and in May 2020 launched mStable’s first product, the mUSD stablecoin with a native interest rate, called Save. This came alongside a zero slippage swap product called Swap. This was followed up by the launch of a governance token, MTA, in July 2020, along with an incentivized yield farming product called Earn.

On July 18th, 2020, 2.66 million MTA were sold in an open public auction. The proceeds of this auction were collectively pooled in the mStable DAO. The funds will only be used once the protocol has sufficiently decentralised when funds will be allocated by MTA Governors.

This is all available on our Messari Discloure Registry profile as well!

What went into building the mStable?

It took almost 18 months from the team coming together around the original idea at the beginning of 2019 and contracts being deployed to Ethereum mainnet in late May 2020. When we began building mStable, DeFi was not the major thematic it is today. Maker was the only dominant and visible “Defi” project, AMMs were still in their infancy, yield farming was non-existent, and the stablecoin landscape was mainly USDT.

Our own timeline for releasing mStable coincided fortuitously with the rise of yield farming and DeFi, and we quickly decided to build on the original vision of “solving for fragmentation in the stablecoin ecosystem” by adding a savings rate for mUSD (via Save), and a yield farming product to incentivise liquidity and begin seeding a broad base of token holders for governance (via Earn). We are constantly thinking about how we can increase the utility of mStable assets and their liquidity across the broader DeFi ecosystem.

In terms of security, mStable’s development team has always focused on ensuring the highest level of contract security possible. Perfect security is never possible, of course, but the mStable team has always sought to do everything it can to the highest standard. This has included regular audits, a generous bug bounty program now on immunefi, and more recently “guarded launches”, where liquidity and risk is scaled up incrementally for new mainnet contracts over time.

Much has gone into building mStable and to get us to where we are today, and there is still so much to be done. We’d like to thank all our supporters, investors, and community members who are in our channels every day giving us feedback, voting on proposals, and making mStable more than just financial infrastructure.

At the moment, all of mStable’s protocol revenue is directed to Savers. That includes lending, redemption, and Swap fees. As an organization looking to be fully decentralized in the near future, there is no intent to capture revenue for the genesis team or the DAOs from protocol fees.

mStable is aiming to provide some of the simplest products in DeFi that also provide outsized yield. That means that a lot of thought has to go into what to build, what the user interface looks like, and ensuring each part is explained to users. It’s something the genesis team takes really seriously.

A big focus on 2021, assuming the community of governors supports this, will be launching more mStable assets like mBTC, mEUR, and mETH alongside continued building of partnerships with other DeFi projects and protocols. There is also an opportunity to capture a lot of mindshare early on with non-Ethereum blockchains, and the genesis team is already conducting due diligence so that thoughtful discussions can be had, and proposals put forth to the governors about which other blockchains, and perhaps which Ethereum Layer 2 solution, mStable should build upon.

On top of that, we will continue to decentralise mStable’s governance over 2021. This will include a migration to Staking v2 at some point, and on-chain voting for MTA token holders. This will likely be bundled in with a Recollateralisation mechanism, should our community governance processes approve it.

The Defiprime Post #35: Your Weekly DeFi News in Bite-Sized Fashion

The Defiprime Post #64: Your Weekly DeFi News in Bite-Sized Fashion