Federico told us about DAO and decentralized justice for the DeFi space that uses cryptoeconomics to incentivize users to become jurors and vote honestly on disputes.

I’m Federico Ast, CEO at Kleros. I’m from Buenos Aires. Studied economics and philosophy in the university. I started my early career in online media, so my work was always connected to the internet. From a young age, I was interested in technology. And crypto comes quite natural for Argentinians because of all the problems the country had. So: technology + Argentina + economics/philosophy background = interest in crypto.

Kleros is a decentralized court system to adjudicate smart contracts. Right now, you have lots of people building decentralized platforms for different things: e-commerce, finance, freelancing, ridesharing, etc. As these platforms grow larger, they will start having many disputes between users, as it’s estimated that 3 to 5% of all online transactions end in a dispute. So we need this fundamental piece of infrastructure for the decentralized ecosystem to take off.

Say you’re building a decentralized e-commerce marketplace, you need to focus your efforts into your core business, which is building the technology and attracting users to your marketplace. So you just connect into Kleros, and you send Kleros the disputes. Kleros sends you back the decisions made by a crowdsourced jury who analyze and vote on each dispute.

Kleros is a decentralized autonomous organization that uses cryptoeconomics to incentivize users to become jurors and vote honestly on disputes. Because of how Kleros is structured, users who make an honest jury work earn money. Those who try to abuse the system lose money. After the jury has produced a decision, this goes back to the platform, and it’s enforced by a smart contract. So this solves the problem of dispute resolution, which is a big hurdle for the growth of the crypto ecosystem. 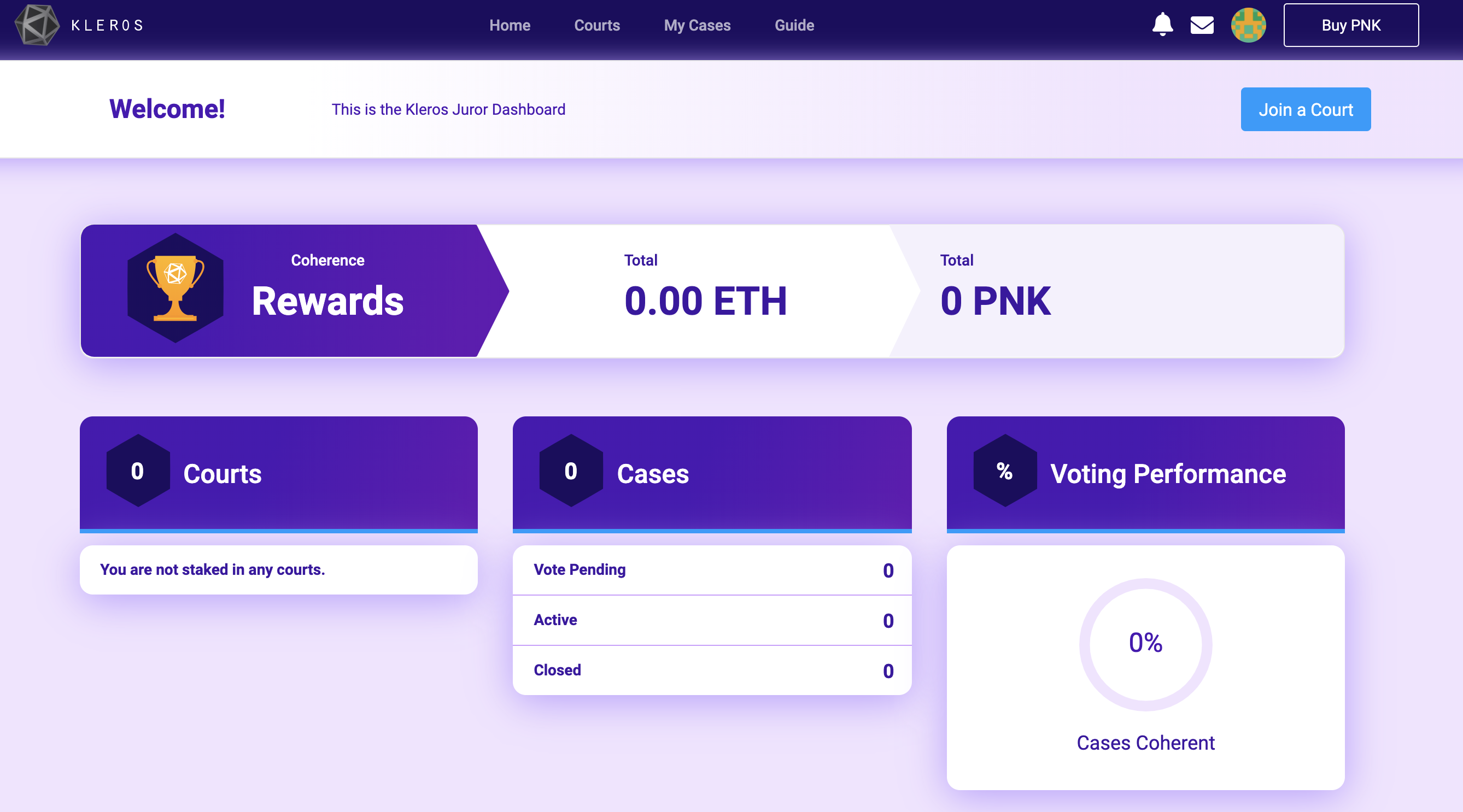 I hope this won’t sound arrogant, but I don’t think there’s a team in the world that has more expertise than we do in decentralized justice. Basically, we invented this concept. I became interested in this area initially because I saw lots of corruption in Argentina’s court system. So I asked: why is this happening? Because justice systems are built with 18th-century technology, what would a justice system look like if it were created with the technology we have now? And these technologies are blockchain and crowdsourcing. But it’s not only about corruption and Argentina. My research showed that the problem of justice inclusion is global. The internet age needs a dispute resolution system native to the age of the internet.

I was eventually introduced to my cofounder Clément Lesaege, because he presented a project about decentralized courts at a hackathon. One of the judges knows what I was working on. So she contacted me: “There’s this guy who’s working on the same thing you’re working.” Clément, who comes from a background in computer science and machine learning, had a much clearer idea about how the system of incentives of decentralized justice had to work. So we met, and that’s how Kleros started around May 2017.

It was first tested in a pilot called Doges on Trial, where jurors had to decide whether some image submitted by users was a Doge meme or not. It worked very well. Then we launched a token curated registry where jurors have to decide if some tokens comply or not with some required features (eg., being an ERC20 token, having a legitimate team, etc.)

We made a partnership with Deversifi (former Ethfinex), and they use it to help them decide which tokens to list in their exchange. Again, it worked very well. It takes the pressure away from them: “just send it to Kleros”. 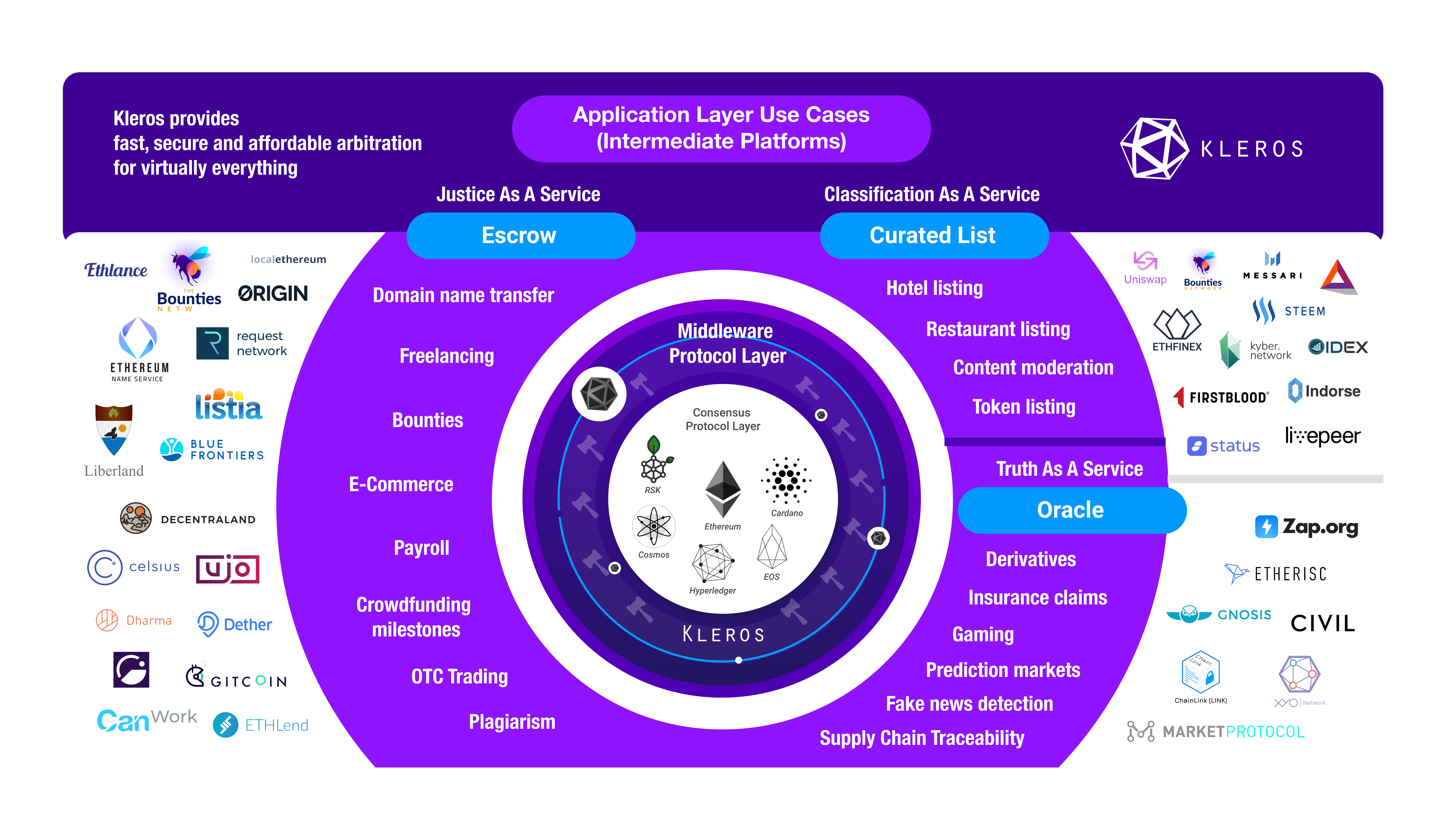 What went into building Kleros?

The project started in May 2017. We launched on the Ethereum mainnet on July 2018. I think we could have begun earlier, but we spent lots of time in the early stage of the project in recruiting. We were focused on building a really great team.

We always had lots of clarity on the long term vision for the project, about a decentralized court system for the crypto ecosystem. But then we iterated with the feedback we got from the users. We have a wonderful community that helps us build Kleros.

The main technical limitation is the same one faced by all the projects in the ecosystem and is related to Ethereum scalability. As it stands, Kleros can not scale efficiently to hold a large number of jurors. Even a relatively small number of cases (< 2000/week) would significantly impact the network’s ability to process court transactions efficiently. Hopefully, this issue will be solved by Ethereum 2.0.

Our primary target market is DeFi, insurance, e-commerce, and content moderation (you can use Kleros to mediate disputes on whether a comment violates some community guidelines or whether some piece of content violates someone’s rights).

Coopérative Kleros, the company that develops the Kleros software and crypto network, makes money by the sale of the PNK tokens that users need to become jurors in the platform and earn arbitration fees. When lots of people use Kleros (because there are lots of disputes to decide), there will be a very high demand for PNK. And the Cooperative sells PNK. That’s the business model.

There really aren’t competitors. Some other projects started to arise, but, as far as I know, they haven’t released anything on the mainnet yet.

From a broader perspective, one could say that the biggest competitor to Kleros is artificial intelligence. What if, in the future, AI becomes very good at resolving disputes and we don’t need humans anymore? AI will solve some types of disputes. But for others, you will always need human analysis because of subjectivity, etc.

The main goal is to get more adoption. We already know Kleros works. Now we need people to use it. So if you’re reading this and you’re building a decentralized platform which has (or may have) disputes, connect with us. You can use Kleros to solve your problem. The main challenge is to create more awareness about what Kleros is, how it works, and what is the problem it solves.

This is done by presenting at conferences, business development (speaking to people we think could be interested), and producing communication content to spread our message. We even wrote a book explaining everything about Kleros and decentralized justice.

There’s always a fear of the unknown, and the Kleros adjudication method based on Schelling Points is “unorthodox.” So people are sometimes reluctant to try it. But they said the same about Wikipedia, how can you trust an encyclopedia written by anonymous people from the internet? They say the same about Bitcoin and of course, about Kleros.

But as more people start using it, it becomes more apparent that it works. And that it’s the future of dispute resolution.

We’re running a TCR (Token Curated List) bounty right now. You can earn PNK for submitting tokens to our list. Be sure to check the listing criteria before doing so carefully! Read More

The Defiprime Post #86: Your Weekly DeFi News in Bite-Sized Fashion

In this article, we'll look at some of the most popular crypto to crypto financing platforms in detail and discuss the bookkeeping entries and tax ramifications from the lender side and borrower side.

The Defiprime Post #58: Your Weekly DeFi News in Bite-Sized Fashion